A member of the Baath Party’s Central Command has said that recent comments by Khaled al-Aboud show that free speech in Syria has reached an acceptable level writes Al-Watan. 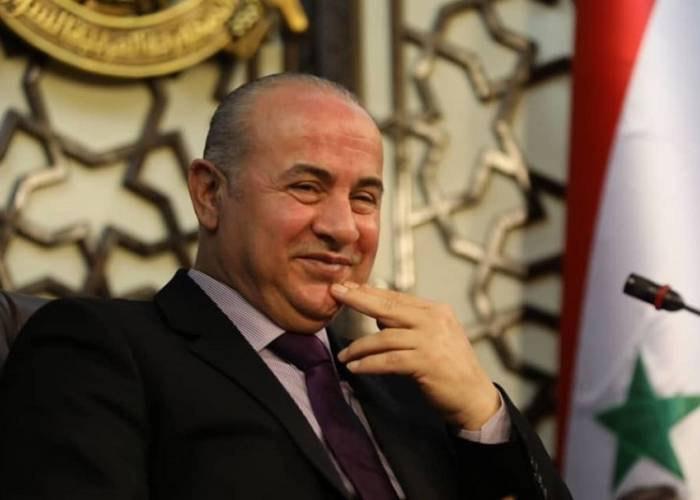 Mahdi Dakhlallah, a member of the Baath Party’s Central Command, criticized a Facebook post written by parliament member Khaled al-Aboud, about relations between Syria and Russia. Dakhlallah said that Syrian-Russian relations were focused around clear and written agreements unlike any between Syria and any other countries. Whoever does not rely on these truths has fallen into pitfalls, even if unintentionally.

In an article titled “From circles and squares to potholes and speed bumps,” Dakhlallah wrote that Aboud succeeded in two matters: stirring up a whirlwind of opinions that caused analysis proving that freedom of expression in our country has reached an acceptable level, as well as making his name known publicly in social media both locally and abroad.

Dakhlallah wrote that, “Aboud’s Facebook post was brought to those lurking in Syria as a Ramadan blessing. He bit off more than he could chew, to show that Syria is weak, that it is a country that its allies could abandon.”

He added that every Syrian has the right to express his opinion freely, unless he is speaking in an official government capacity. “Mr. Khaled’s role as an MP does not diminish his right to speak freely, because Parliament is not a government institution. Rather, it is an institution containing a numerous different parties, movements and personal opinions. This is certainly a sign of political richness. A personal opinion only reflects the owner of that opinion, even if that person is a member of Parliament,” Dakhlallah wrote.

He continued, “The Russians certainly understand this, and they have various opinions within the Duma on Russian-Syrian relations, which its representatives freely express.”

“Khaled al-Aboud, you have the right to say what you want. The important thing is not to break the homeland’s barriers. I respect your opinion, even if I disagree with it. I hope that you also respect my opinion, if you disagree with it!”

“Syria’s relations with its allies are complex, but simple at the same time,” Dakhlallah wrote. He added that the general concept uniting Syria, Russia, Iran, North Korea, Venezuela and China is a strong stance against US hegemony and NATO policies, and working together for a world that applies the principles of international law.

Dadkhallah stressed that though some may hold the opinion that stronger Syrian-Iranian relations would mean a weaker relationship with Russia, such analysis is faulty. Syria is an independent state, and not dependent on Russia and Iran. It is not a codominion, where pulling in one direction means a loosening in the other.