There are 200 people in quarantine centers in northwestern Syria who have returned from Turkey, but the facilities are inadequate and in desperate need of supplies writes Syria TV. 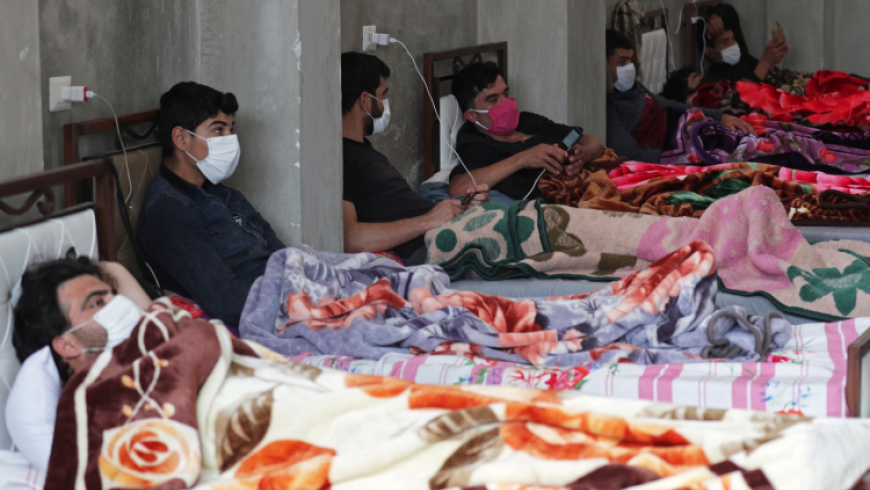 The Syria Response Coordination Group issued an appeal to organizations and humanitarian committees to assist more than 200 people in quarantine centers in northwestern Syria who have returned from Turkey recently, in order to ensure safe isolation conditions and prevent the spread of coronavirus.

In a statement titled “Before the Disaster Happens,” the group wrote that more than 200 people who had returned to northwestern Syria from Turkey were now in quarantine centers in the border town of Darkoush, in western Idleb.

The statement explained that with the return of dozens of Syrian refugees from Turkey, work had begun to carry out quarantine periods of 14 days to prevent the spread of the virus in northwestern Syria.

The statement also called on humanitarian organizations to provide immediate and direct help to those in the quarantine center in Darkoush, as they are unable to leave it before the end of their quarantine periods.

The statement specified aid such as food supplies, personal hygiene products, masks, medical gloves, medicine and other items, as well as daily sterilization campaigns for the center. It called on aiding the center with certain medical equipment, such as ventilators and an intensive care unit to prevent the spread of any cases.

Also specified was the need to expand the quarantine center in Darkoush so that the new arrivals could be isolated from older arrivals and meet isolation conditions.

The statement stressed the need for opening and equipping a new isolation center, to isolate newcomers and decrease the possibility of spreading the virus in case any arrivals are carrying it.

The team warned that the region would become a hotspot for the spread of the virus if any cases were recorded, repeating its request that international parties involved in Syria provide for the medical sector’s urgent needs.

Northwestern Syria is, “in its worst conditions as a result of dozens of hospitals and medical points going out of service, due to being targeted by regime and Russian forces.”

The Bab al-Hawa border crossing between northern Idleb and Turkey recorded the return of 114 people from Turkey to Syria in April, as well as 41 refugees deported. This is down from 873 returnees in March.