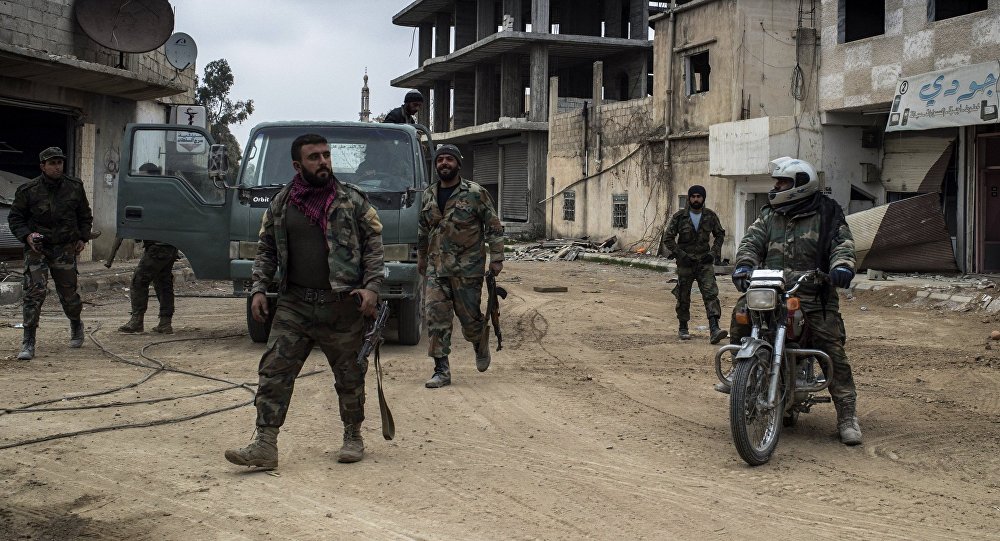 The death toll from the jihadist operation in northwestern Hama continues to rise, with reports of over 30 Syrian army soldiers being killed.

According to the latest field report from Hama Governorate, the Syrian army’s death toll is estimated between 30-40, as the remaining Syrian soldiers continue to be stationed around the town of al-Tanjarah.

The high death toll in northwestern Hama makes last night’s attack by the al-Qaeda-linked “Rouse the Believers” operation room to be the deadliest in the past two months.

A source from the Syrian army said that the attack began when the jihadists managed to slip behind the Syrian army’s lines to ambush dozens of soldiers at al-Tanjara.

Most of the soldiers deployed there were killed, before the jihadist rebels slipped back to their lines in the northern region of the al-Ghab Plain.

Since this attack, the Syrian Arab Army has been launching non-stop artillery and missile strikes on the jihadist positions, with some reports even indicating a pending operation.

In a relevant note, the Islamic State (ISIS) launched a new attack on Monday that targeted the Syrian army’s positions in the Deir ez-Zor Governorate.

According to a field report from Deir ez-Zor, ISIS launched an attack on the Syrian Arab Army’s positions in the mountainous area of Jabal Bishri; this resulted in a fierce battle for a few hours on Monday.

The report said the Syrian army was able to foil the ISIS attack after killing and wounding several terrorist combatants.

At the same time, another Syrian army unit confronted an ISIS faction in the Jabal al-Sukhnah region, which is located west of the administrative border of Deir ez-Zor.

ISIS has recently stepped up their attacks against the Syrian Arab Army, prompting the latter to increase security measures across eastern and central Syria.