Dr. Alaa Moussa has been accused of torturing protestors during the early demonstrations, but now works as a doctor in Germany after seeking refuge writes Zaman Al-Wasl. 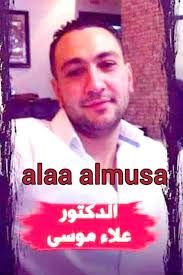 The cries of Hamza, a pseudonym, echoed through the corridors of the military hospital after Dr. Alaa Moussa set fire to his genitals, leading to severe burns and damage that is, according to a urologist, Dr. Mohamed Wahbi, is impossible to undo.

Dr. Wahbi, who started working in the same hospital in February 2011, has previously revealed that Alaa Moussa, who recently moved to Germany, harbored a great hatred of the demonstrators and enjoyed torturing the injured as a show of loyalty to the regime.

Moussa, originally from central Homs city, left Syria through Lebanon to take refuge in Germany, in the town of Bad Wildungen, where he was seen several times, working as an orthopedist in a local clinic.

Tens of pro-regime fighters have arrived in Europe after committing horrendous war crimes and human rights violations in Syria.

Anwar al-Bunni, Director of Syrian Center for Legal Studies and Research in Berlin, told The New Arab newspaper that his center is collecting evidence and witnesses against a number of persons accused of human rights violations, so that they can be prosecuted in specialized courts.

Activist Mohammed al-Kurdi confirmed that the doctor has lived in the city of Kassel, in Germany for 4 years. A number of refugees stated that he is collecting information on Syrian refugees and activists for the regime, the nature and purpose of which is unknown. Previously, Moussa has publicly threatened a few refugees with their property and their relatives in Syria, indicating his affiliation with the security services.

In 2012, Channel 4 broadcasted a video that was filmed secretly over the first three months of the revolution from inside Abde Qader Shaqfa Hospital, and that showed shocking scenes of torture from inside the hospital in al-Waer neighborhood, west of Homs, committed by doctors and medical and security staff against the injured.

In the video, a number of people, who were injured in the demonstrations, were brought there blindfolded and tied to beds to be whipped, beaten, and electrocuted, they were left with no food for days, their legs twisted and broken, and their penises tied, preventing them from urinating and causing intense kidney pain.