Sources from a quarantine center in Idleb have said that the Salvation Government is exploiting the center, cultivating the virus and stealing the meals of those in quarantine reports Shaam Network. 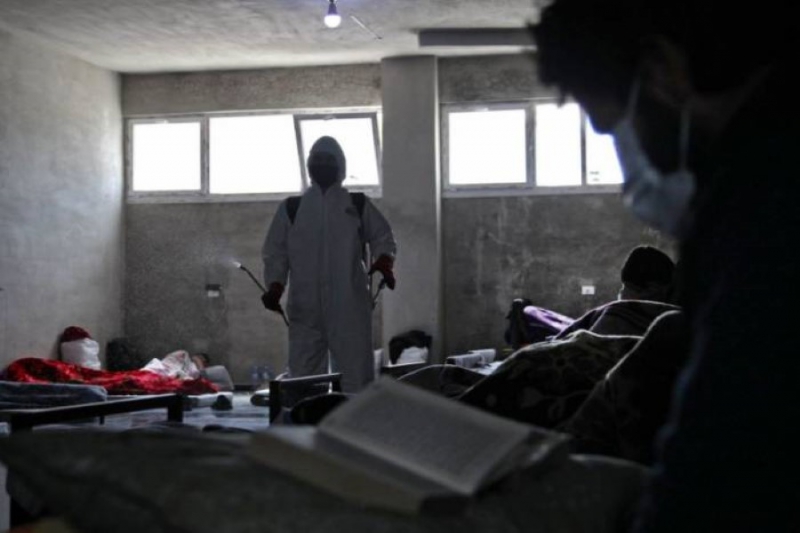 Exclusive sources spoke to Shaam Network about the practices of the Salvation Government at a quarantine center that it controls near the city of Jisr al-Shughour in rural western Idleb, and which holds a number of people in quarantine who entered northern Syria from Turkey.

Sources from inside the center confirmed to Shaam that all Syrians coming from Turkey are placed under medical quarantine in western Idleb, which is supervised by Salvation Government. This supervision is just a show put on for the media, amid the Salvation Government’s exploitation of its authority and domination of the region, in its cruel and inhumane treatment of quarantined people without providing them with necessary medical care.

Witnesses say that those under quarantine are fed up with the Salvation Government’s practices, which are exploiting the support of humanitarian and medical organizations, such as health centers, for their own private benefit, without providing for the basic needs of various residents. Sources described the center as a prison lacking the minimum capacity for care and organization to face the virus.

Continuing with its practice of appointing those with absolute loyalty, the Salvation Government appointed “F M,” showing the depth of the authority’s exploitation of these health centers for its own benefit, as well as its looting of monetary and medical support. It uses these funds to finance its institutions based on the collection of taxes and fees.

For his part, “M” oversees the center, with female student doctors who have not yet completed their medical specializations, one of whom is close to the director of the quarantine center. He also humiliates those residing in the center, treating them as if he is superior–reportedly stealing their daily meals in favor of a repeated daily meal of rice. Drinking water is often unavailable, according to sources inside the center.