Guernica 37 has said that Rami Makhlouf is in the UAE and that he should be tried for his role in supporting the regime and their crimes writes Etihad Press. 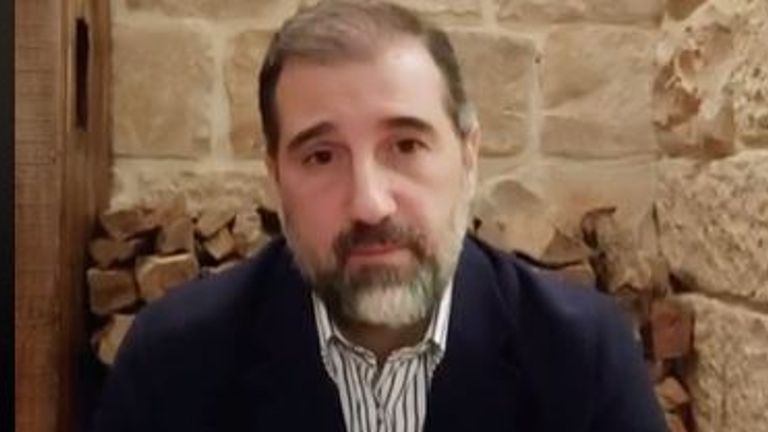 An international human rights organization has revealed the location of Rami Makhlouf, a Syrian businessman and the current president’s cousin: he is in the UAE.

The organization called for a fair trial for his role in inciting crimes carried out by the Syrian government’s armed forces against Syrian civilians over the past nine years.

Guernica 37 – International Chambers, which works on international and justice issues, said in a statement that it published on its website May 4, 2020, that Rami Makhlouf is a, “part of a joint criminal enterprise that is headed by the Syrian president and is carried out by a network of supporters within the regime intelligence branches.”

The statement added that Makhlouf is currently in the United Arab Emirates, despite him being on the list of US and European sanctions for his involvement in public corruption, and his funding of the brutal destruction of the pro-democracy revolution since 2011.

The group called on the UAE to respect its obligations to international treaties, and not allow the use of its territory as a safe haven for individuals accused of war crimes.

The group added that more than half of Syria’s pre-war population has been killed, disappeared, forced to leave their homes or forced into exile due to the brutal methods of the Syrian intelligence and security forces, and Rami Makhlouf is considered a very important part of this operation. He willingly witnessed the destruction of entire communities in Syria, as well as the brutal killing of hundreds of thousands of innocent civilians.

Rami Makhlouf published two video clips in the past several days on what appeared to be his official Facebook page. In the latest clip, he said, “Had anyone expected that the security apparatus would target the companies of Rami Makhlouf, who was their greatest supporter, main servant and biggest sponsor throughout the war?”

According to the rights group’s statement, Makhlouf’s videos were clear admission of support for the crimes committed against civilians.