A Russian newspaper has published a report about the internal struggles between Assad and Makhlouf and what it could mean for Syria writes Ana Press. 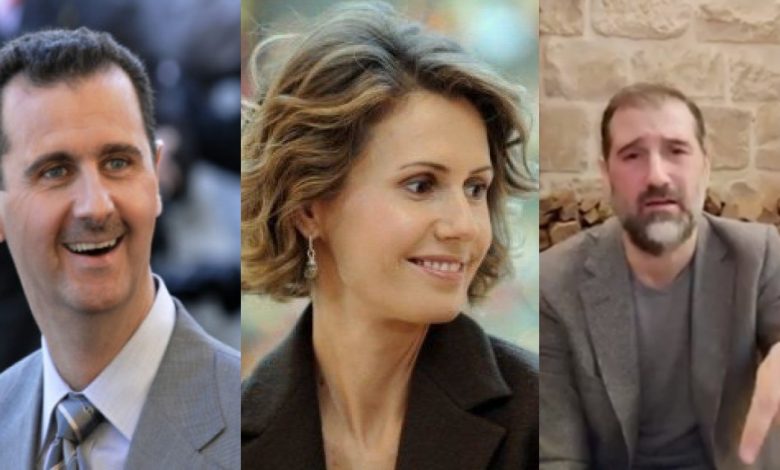 Russian newspaper Svobodnaya Pressa published a report about the sparring over Rami Makhlouf and its repercussions, titled “The disintegration of Damascus’ most influential clan will not have a happy ending.”

According to the report, “Assad does not have enough money to recover the part of the country he seized control of,” adding that, “Assad needs, in the final stage, either a war with the Kurds who occupied almost all the oil fields, or a hidden diplomacy.”

As for Makhlouf, the newspaper added that he had begun to lose his influence, “all because he dared to confront Bashar al-Assad and his wife.”

The main point raised by the newspaper in its report was that Makhlouf, “is under house arrest and has very few choices…he now only has the internet and Facebook.”

In a similar context, British newspaper The Guardian published a report on the spat between Makhlouf and Bashar al-Assad in Syria, writing that:

“The tycoon has bankrolled the Syrian leader for the past 20 years and much of the regime’s war effort since 2012. Through a conglomerate empire that has controlled up to 60 percent of the Syrian economy, Makhlouf had amassed a fortune thought to be as high as 10 billion dollars – attracting US and EU sanctions but considered untouchable inside Syria until a family split last October.

The Guardian added that, “the unravelling and its unusual public nature comes as Assad has been subjected to rare criticism from one of his two patrons, Russia, which has grown impatient as the long, costly war grinds slowly on and is looking for returns on its five-year investment.”

For his part, Israeli writer Edy Cohen ignited Twitter with a post in which he discussed signs indicating the fall of Assad. He mentioned that the Hemeimeem Airbase in Syria, which is controlled by Russia, has seen heavy, strange movement since the morning. “Remember my words from less than a month ago about the repercussions of Assad’s fall,” Cohen wrote. “It will be earth-shattering, and Cohen has the truth.”

Rami Makhlouf’s vague statements carry many question marks, and confirm the burning of power in Syria from the inside, as well as a lack of confidence between those in the palace walls. Makhlouf opened up his dialogue to Assad directly as if on a phone call, yet it was broadcast over Facebook instead of a telephone line. The line of communications between Makhlouf and his cousin are cut off. Expectations are at the forefront, with many prayers begging for Makhlouf to candidly and directly accuse Assad’s circle of corruption.