Syrian men have spoken out against the claims by the regime that they will be compensated for their service in the army reports Etihad Press. 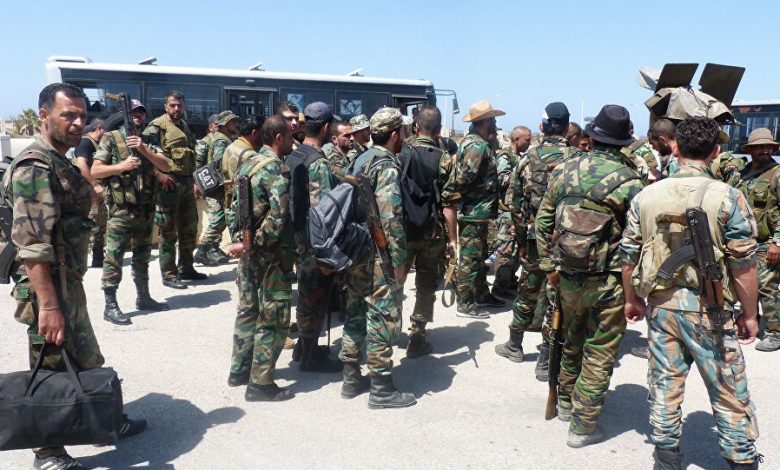 Syrian authorities have not hesitated to enlist thousands of young Syrian men for compulsory military service since the start of the country’s ongoing conflict, seizing them and sending them to various battlefronts, where some have spent more than nine years, if that war hasn’t already killed them.

With the issuance of a new demobilization decision last month, there has been much talk of the payment that the authority will provide as compensation for years of service. The authority promised its ranks that it would employ them through special competitions, pay them money and ensure their livelihoods, without any application of those promises.

Rima al-Qadiri, Minister of Social Affairs, told Sham FM recently that, “the unemployment compensation is funded from the general budget, with 15 billion Syrian pound allocated to it. The largest share of the program is to support those who have been demobilized. Other required funds will be provided by the Ministry of Finance.”

“We have completed the first phase of the program to support demobilized [troops], with the number of names reaching more than 35,000,” she added. “There are those who have benefitted from job opportunities in the public and private sectors, micro-projects.”

Qadiri elaborated that, “the monetary aid from the program finished its first stage, and we have renewed it to accommodate the latest demobilized troops. Those who benefitted from monetary aid in the first stage will not benefit from it in the second stage, with the exception of employment opportunities, which will be accessible to everyone.”

She promised a special competition for those who have been demobilized, for open opportunities in the public sector. Meanwhile, the Ministry of Local Administration is collecting data from all ministries.

The minister’s statements were met with sarcasm and denial from those who had been demobilized, as they were old promises that have yet to be put into effect. Some comments mentioned that the aid money is being stolen, and only about 10 percent of it is being provided.

One member of the Syrian government’s forces commented on Qadiri’s words, saying that, “This issue does not need a contest. Why is it not right to employ those who have been demobilized without this lie? And yet we wait for this competition and corruption and bribes in order to be hired. We have been waiting for more than a year, and haven’t seen anything.”

Another commenter wrote, “We collect the compensation money in order to pay a bribe for employment, only to get paid 40,000 pounds. These are nine years lost.”

Another person said, “At every meeting there are only promises. There is a competition for the people who have been demobilized, but it doesn’t actually exist. We are tired of these words. When they need us, they take us. And when we need them, they turn their backs and do nothing but procrastinate. We were fighting and living under the bombs and bullets while they were in hotels and restaurants, and their children were travelling abroad as tourists.”

Syrian authorities promised compensation to workers and others hurt by the closure of commercial activities, but have not carried out those promises. This is despite it receiving tens of thousands of requests via its website, to which it attached nearly impossible terms to grant compensation.