Members of the Syrian Democratic Forces have arrested nine people they claim belong to the Islamic State, although locals say they are mostly cattle dealers reports Zaman Al-Wasl. 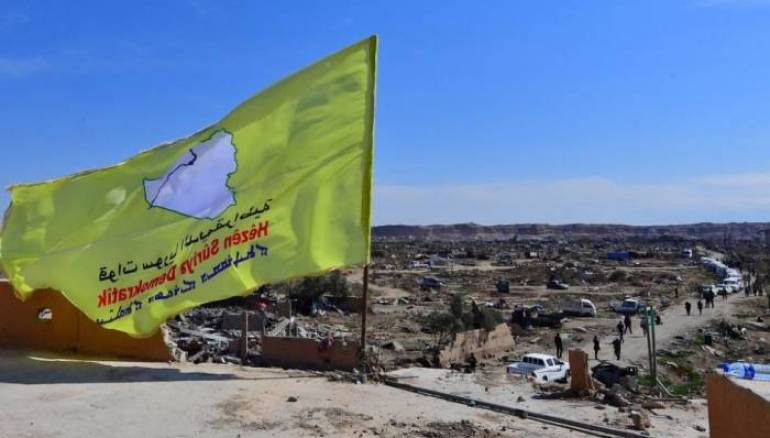 Residents told Zaman al-Wasl that the Syrian Democratic Forces (SDF) had stormed the town of al-Baghouz in the Albukamal region and detained nine people, who are mostly cattle dealers.

But Kurdish news outlets said the detained people are members of a sleeper cell that carried out a series of car bombs in the eastern countryside of Deir ez-Zor.

ISIS has been largely defeated in the country but has continued to carry out ambushes, assassinations and bombings there and still poses a threat along its border with Syria.

The Islamic State still controls a territory in the gas-rich desert that lies between Homs and Deir ez-Zor provinces.

ISIS has resorted to guerrilla tactics since it abandoned its goal of holding territory and creating a self-declared caliphate straddling Iraq and Syria.