Despite a ceasefire being agreed by all parties, both sides have been sending large military reinforcements to Idleb, raising speculation about a possible offensive reports Al-Masdar. 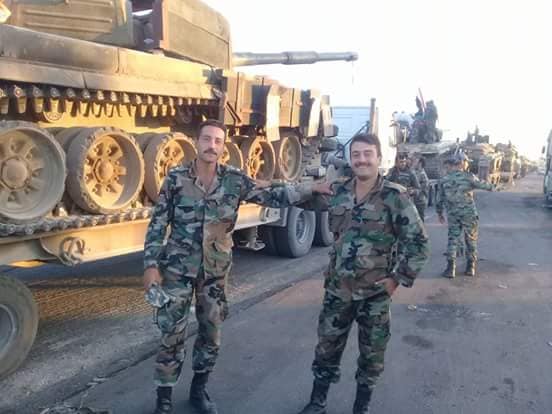 Syrian and Turkish armed forces have been sending reinforcements to Idleb on a daily basis, despite an ongoing ceasefire among all warring parties in the region.

On Tuesday, the two armies continued their large-scale buildup, with the Syrian army sending troops to the eastern and southern countrysides of Idleb, while the Turkish military sent reinforcements to the Jisr al-Shughour District of the governorate.

According to the latest reports from Idleb, the Turkish military has already constructed several new observation posts in the governorate since the Moscow Agreement was established on Mar. 5, 2020.

Some reports have even claimed that the Turkish Army now has more than 50 observation posts, which greatly exceeds the original 12 that were established under the Sept. 17, 2018, Sochi Agreement.

At the same time, the Syrian Arab Army is also building up their forces in Idleb Governorate, as sources from the military claim an offensive is expected to start soon.

The sources pointed out that militant forces south of the M4 highway (Aleppo-Lattakia) have refused to withdraw from the area, which is a violation of the Moscow Agreement.

They added that they are awaiting the Russian military’s consultations with their Turkish counterparts before launching any new offensive.