There has been widespread anger after a video was released, that showed two people being attacked and beaten as they queued for bread reports Brocar Press. 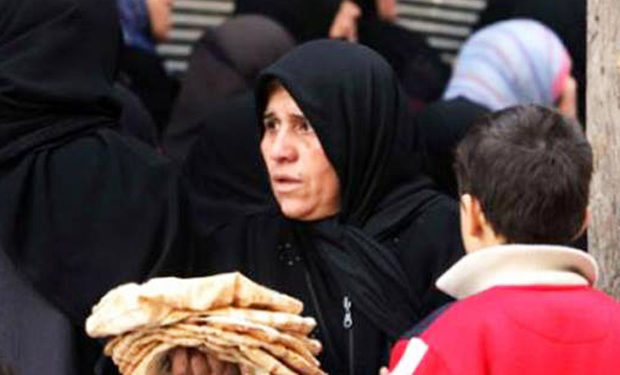 A woman and her husband were attacked while queuing for bread in the Damascus countryside. The incident sparked widespread controversy prompting the regime’s Interior Ministry to arrest three individuals from the town of Sahnaya, reportedly being responsible for the assault.

The ministry did not specify if the detainees were initially hired by the regime as workers to distribute bread, however, it said the women and her husband refused to file a lawsuit against the aggressors.

In a statement that Brocar Press received a copy of, the ministry said the woman and her husband identified the attackers, however, they did not sue them, which sparked debate over social media platforms, especially since they were beaten in front of tens of Syrians waiting in the bread queue.

According to the statement, the detainees will be brought in front of the relevant authority, after necessary measures are taken.

On Apr. 2, 2020, a pro-regime news platforms shared the video of the woman and her husband as they were beaten, entitled: Women are beaten in Bread Queues in Sahnaya!”

Attacks on bread lines from Aleppo to Damascus, described by Syrians as “humiliating,” have been ongoing ever since the regime announced replacing bakeries to sell bread by mobile vehicles to avoid crowded scenes as a precautionary measure against COVID-19.