Just days after it fell under the control of the regime, Turkey- back opposition fighters have retaken the town of Saraqeb reports Zaman al-Wasl. 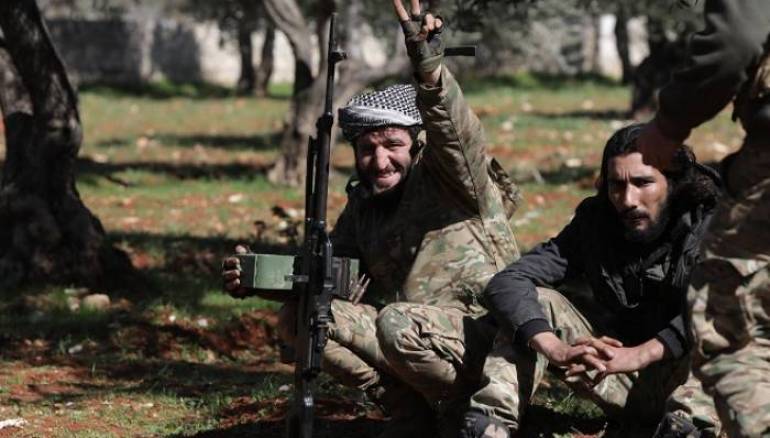 On Thursday, Turkey-backed Syrian opposition fighters retook a key northwestern town in Syria that was recently captured by regime forces, and cut the highway linking the capital, Damascus, with the northern city of Aleppo.

The development comes days after the regime reopened the road for traffic for the first time since 2012. The retaking of Saraqeb marked a setback for Bashar al-Assad’s forces who have scored major gains in a weeks-long Russian-backed campaign in the last rebel stronghold of Idleb province.

From inside Saraqeb, activist Taher al-Omar said the town is now under opposition control. He posted a video with a fighter saying the regime forces “ran away like rats.”

The Syrian National Army has also seized the town of Kansafra and two villages near Saraqeb, according to Zaman al-Wasl’s reporter.

The Syrian National Army on Wednesday launched a major attack to take the town of Saraqeb that fell under regime control two weeks ago, seeking to seize again the strategic M4 and M5 highways that links the northern Aleppo province with Lattakia and Damascus.

Syrian factions, also, were able to break the regime’s siege on one of the Turkish observation points near Saraqeb.

Two Turkish soldiers were reportedly killed on Thursday in regime shelling of an observation point in the town of Kansafra.

Over the past few weeks, Turkey sent thousands of troops into Idleb province. Clashes between Syrian and Turkish troops have killed 18 Turkish soldiers.