As rumors spread about an outbreak of coronavirus, the price of medical mask has skyrocketed, and with many masks being sent to neighboring Lebanon writes Al-Watan. 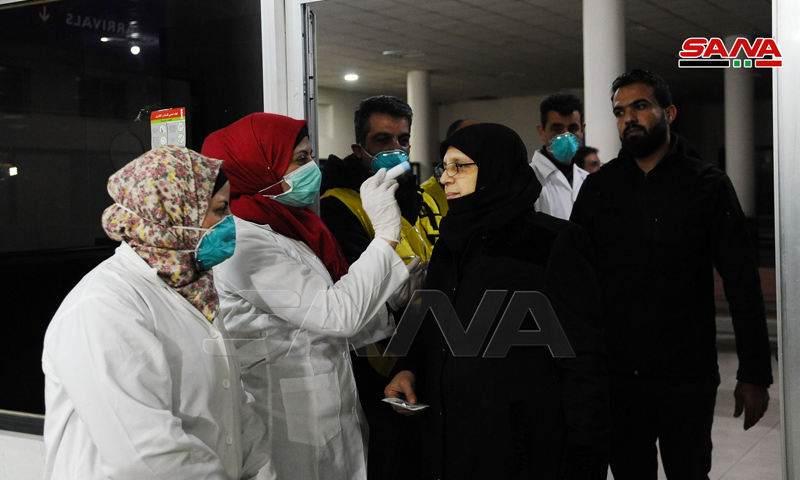 A number of medical warehouses have hidden masks and their supply has been cut off in the city of Hama so that they can be sent to Lebanon after a case of coronavirus was confirmed. Many pharmacies in Hama which have medical masks, are selling them at inflated prices between 750 Syrian pounds for a normal mask and 900 for a double-layer mask, when they had been selling them for 75 to 100 pounds. A number of pharmacies told Al-Watan that medical warehouses had recently raised the wholesale price of a mask from 45 to 450 pounds to sell them for 500 pounds.

Residents said that many pharmacies have stopped selling masks so that they can raise the price more and make major profits as demand increases.

Others said that the had been in luck and were able to buy a number of masks, but that the prices were very high, with 900 pounds for one mask.

Hama Health Director Ahmed Jihad Aboura told Al-Watan that all the rumors about the coronavirus in our country were just rumors and that they had no basis in fact. They intended to scare residents and the aim could be commercial, such as to increase demand for masks, for example. Aboura said that the governorate was clear of the virus, just like other governorates, such as Lattakia, where there were rumors about a case. The Health Ministry has categorically denied that there were any cases of the coronavirus recorded.

Badr Alfa, the head of the Hama branch of the Pharmacists Union, told Al-Watan that there was a shortage of masks after a number of warehouses stopped supplying them to pharmacies, preferring instead to ship them to Lebanon due to the strong demand there, noting that they were cut off from the warehouses.

He said that the wholesale price for pharmacies was 400 to 450 today, mostly sold for 500 pounds. If there was a case of selling at an inflated price, the union would receive complaints and deal with them immediately.