The Russian Foreign Minister has lambasted the United State for considering a deal with terrorists present in northern Syria writes Al-Masdar. 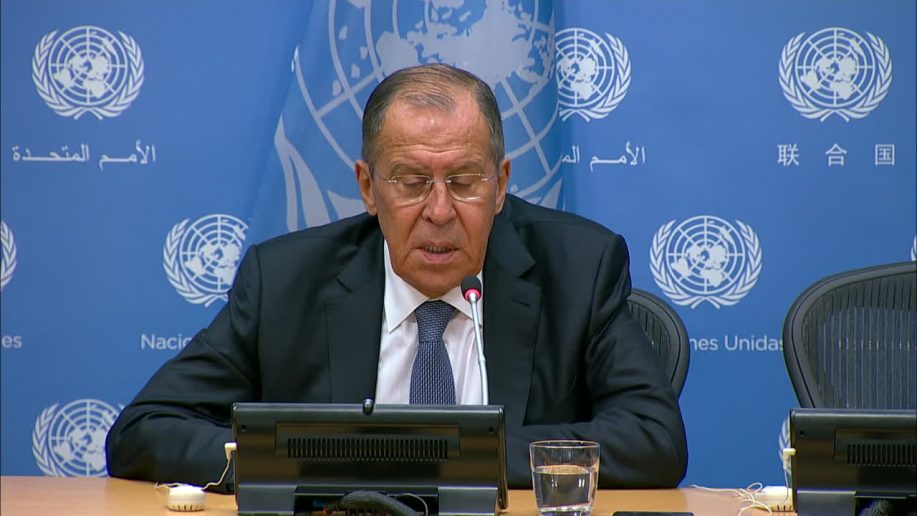 Moscow views US statements on the possibility of reaching an agreement with terrorists in Syria as unacceptable, Russian Foreign Minister Sergey Lavrov said on Monday.

“Both the al-Nusra Front [outlawed in Russia] and the Hay’at Tahrir al-Sham [formerly known as the al-Nusra Front] are officially included on the UN Security Council’s lists of terrorist organizations. They are also included on the national lists of terrorist organizations in the United States. Nevertheless, it is not the first time that Washington officials, including US Special Representative for Syria James Jeffrey, have made statements suggesting that they view Tahrir al-Sham as not such a terrorist organization. And that it would be possible to establish a dialogue with it under some circumstances,” Lavrov said at a press conference.

“This is not the first time we hear such hints — which are quite transparent — and we consider them absolutely unacceptable,” the minister added.

A series of consultations between Moscow and Ankara dedicated to the situation in the northwestern Syrian province of Idleb is currently being prepared, Lavrov said.

“Now the next series of consultations is being prepared, which we hope will be able to lead us [Russia and Turkey] to an agreement on how to ensure that this [Idleb] really is a de-escalation zone and that terrorists do not control it,” Lavrov said at a joint press conference with Tajik Foreign Minister Sirojiddin Muhriddin.

The Russian foreign minister also added that Moscow would continue to confront militants in Idleb.

“Therefore, I hope that the ongoing contacts between our [Russian] and the Turkish military, with the participation of diplomats and security services will end positively and we can still make sure that the terrorists do not control this part of Syria, as they should not be in control of any part of the country,” Lavrov said.

Lavrov added that as per the Russian-Turkish agreement, the opposition in Idleb had to separate itself from the terrorists.

“From the agreements that were reached back in September 2018 and re-confirmed a year later, it was clear that the de-escalation zone was turning into an escalation zone, because from there the militants, who did not want to separate themselves from any groups, attacked targets outside the zone. Nobody ever agreed, within the framework of the agreements reached between the Russian and Turkish presidents, that terrorists would not see retaliations if they acted in the way they began to act, so there was nothing unexpected for anyone. I am sure that the Turkish military, who work on the ground, see and understand everything perfectly,” Lavrov said.

Earlier in February, Sergei Lavrov said that Turkey had not fulfilled several key commitments on Idleb, including its failure to distinguish between the armed opposition, which is ready for dialogue with the government within the framework of the political process, and terrorists. In turn, Turkish Vice President Fuat Oktay has claimed that Ankara had fulfilled its obligations in Idleb.

Turkish President Recep Tayyip Erdogan warned this week that a military operation in Idleb was just a matter of time and gave the Syrian government until March to pull troops away from observation posts that Ankara set up in Syria close to the Turkish border.

Russia, Turkey, and Iran are the ceasefire guarantors in conflict-affected Syria. Russia regularly carries out humanitarian operations across the country and helps Damascus in providing safe passage for the return of Syrian refugees.