The regime lost a number of officers in fighting across the fronts in northern Syria, some of them high ranking members of the army reports Jesr. 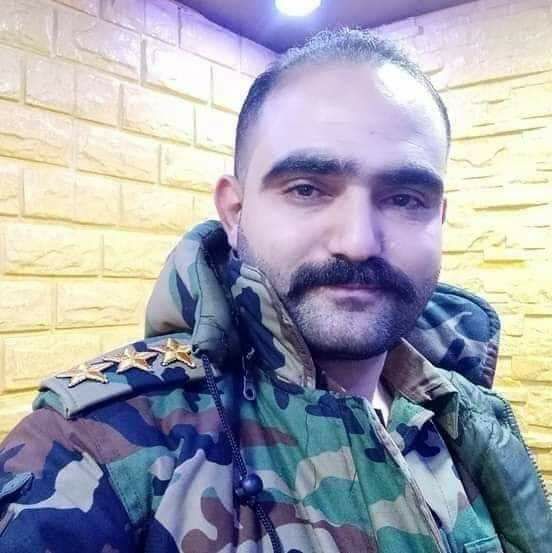 Regime loyalist pages mourned a group of officers who were killed on a number of fronts in Syria.

Major Ramadan Youssef Khadour was killed in fighting in the Idleb countryside. He was from the Safita countryside in Dahar al-Bayatara.

First Lieutenant Hassan Abdel Kareem Khadour, from the town of Beit Nashout, Jableh, was wounded in the Hama countryside. The “Clear Victory” operations room today declared an attacked carried out on regime forces’ positions on the al-Karkat front in northern Hama, which killed a number of militiamen, and captured light and medium weapons, according to the official statement.

Lieutenant Abdel Bassat Turki al-Awaid was killed in fighting in the Idleb countryside. He was from the village of al-Assadiyeh in the Ras al-Ayn eastern countryside.

In the Nayrab area in the Aleppo countryside, Lieutenant Maher Abdullah Sharouf was killed. He was from the town of Jandar in the southern Homs countryside.