A fighter from the Revolutionary Guards Corps has been killed in Aleppo, as civilians continue to be forced from their homes writes Al-Araby Al-Jadeed. 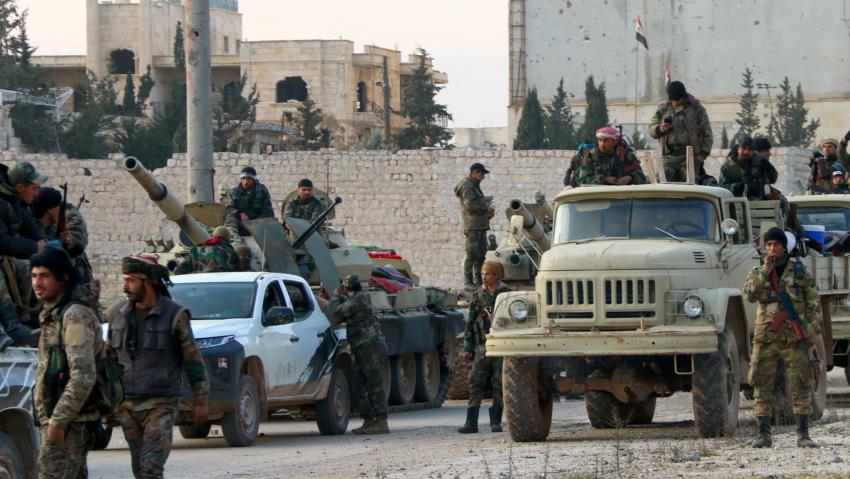 “Hamidreza Babelkhani… was martyred this morning in a rocket strike,” said the Iranian news agency, which is closely aligned with ultra-conservatives in the Islamic Republic.

The brief report also showed a picture of Babelkhani in a forest area wearing tan fatigues with the Guards’ insignia and a dark green beanie.

Damascus and its allies are accused of perpetrating war crimes, including using chemical weapons and bombing civilian targets in their campaign against Syrian rebels.

More than 500,000 people have been killed in Syria since the conflict broke out nearly nine years ago.

Syrian regime troops pressed ahead with an offensive on Tuesday on the country’s last major rebel enclave, where the mass displacement of civilians has led to a humanitarian catastrophe.

Around 900,000 people in Idlib province have been forced to flee their homes and shelters in less than three months, leaving huge numbers to sleep rough in the thick of winter.

Children have died of exposure in snow-covered camps and the United Nations has warned that the crisis could worsen if no ceasefire is reached to facilitate the relief effort.

“In all, since 1 January this year, during the Syrian government’s latest major military offensive to retake key areas in Idlib and Aleppo, we have recorded the deaths of 299 civilians in this region of Syria. Around 93 per cent of those deaths were caused by the Syrian government and its allies,” Rupert Colville, spokesperson for the UN High Commissioner for Human Rights (OHCHR), told reporters on Tuesday.

“The sheer quantity of attacks on these hospitals, medical facilities, schools, would suggest they can’t all be accidental, and at a minimum, even if they were accidental, it shows lack of proportionality, necessity, precaution and so on, all of which can contribute to something being attributed as a war crime.”