The leader of Hay’at Tahrir al-Sham has discussed the ongoing situation in Idleb and has called on all men in the area to take up arms reports Baladi News. 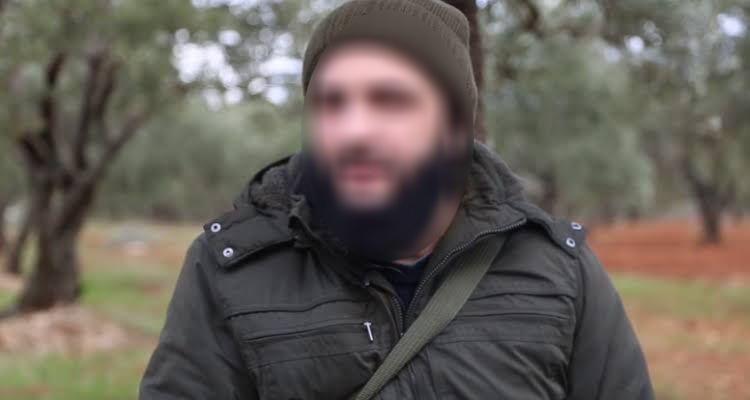 The leader of Hay’at Tahrir al-Sham, Abu Muhammad al-Jolani, recently toured a variety of media outlets in northern Syria, promoting his new directives and his way of dealing with the coming phase.

Last week, Jolani met with a number of media activists in Idleb province, focusing on theories that will need be applied over several months, including whether it is too late to fortify the remainder of the liberated area and harness the energy of all the factions besides Tahrir al-Sham to defend the region.

He said that his group is covering eight out of ten fronts in southern and eastern Idleb, and southern and western Aleppo, in a clear message accusing the other groups of betrayal and negligence and pursuing a policy of throwing mistakes on others.

Jolani returned again to appear with the media figure Taher al-Omar, who is close to Tahrir al-Sham, and spoke in the same manner, calling on the young men of Idleb and the liberated areas join the fronts, and denied that his group had taken away any of weapons from Free Army factions, or that there were any Free Army commanders or fighters in its 32 prisons.

In his statements and during his recent appearances, Jolani finally acknowledged the Syrian revolution, replacing the terms ”mujahideen” with ”revolutionaries,” and “Levantine areas” with ”liberated areas,” in contrast to his previous interviews and statements.

Jolani also indirectly threatened the National Army groups in a recent interview, saying that if the liberated areas of Idleb were not made safe, then the Euphrates Shield and Olive Branch areas would not be any better.

Jolani’s fears can be explained by the possibility of Turkey and National Army factions taking control of Idleb, and losing the territory on which he has built his dreams and security state. On one hand he is trying to get closer to Turkey and the factions it supports, while with the other he is trying to impose himself as the only one who can resolve the internal security risks that may arise from his fighters and the Islamic State fighters it has in its prisons, as well as the risks that may arise from a large segment of his faction, whose minds have been nurtured with ideas of the National Army being infidels.

Tahrir al-Sham is more of security group than a military group. It emerged into the open in late 2012 as Jabhat al-Nusra and then changed its name to suit each stage of the past seven years, ending up with the name Haya’t Tahrir al-Sham, which put an end to 23 factions of the Free Syrian Army, to dominate Idleb province and determine its fate internal and externally through its civilian branch, the Salvation Government, whose actions and decisions have negatively impacted the area under its control.