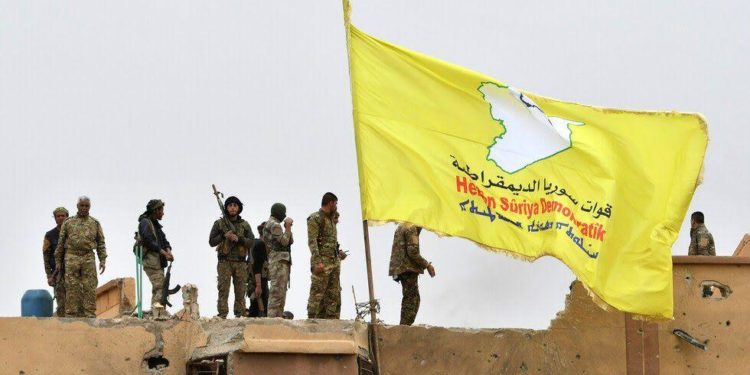 The Syrian Democratic Forces (SDF) denied on Sunday that they took part in the Syrian regime’s attacks on the Idleb area, after accusations that its forces had participated alongside Syrian regime forces northwest of Aleppo.

“Media circulated reports regarding the participation of the Syrian Democratic Forces in regime military operations in the Idleb area,” the SDF said on its website.

“We at the command of the Syrian Democratic Forces confirm that this news is not true.”

Local activists said on Saturday, that the SDF had handed over sites to the Syrian regime west of the towns of Nubul and al-Zahraa, on Aleppo’s northwest front, in preparation for attacks on villages and towns under the control of opposition military factions in that area.

At dawn on Saturday, regime forces attacked the Sheikh Aqil front in the western Aleppo countryside and made progress, but rebel groups announced that they had regained the al-Raqam hill and the destroyed regime machinery after expelling it from the area.