US forces killed a civilian after their passage was blocked by the Syrian Arab Army in eastern Qamishli reports SANA. 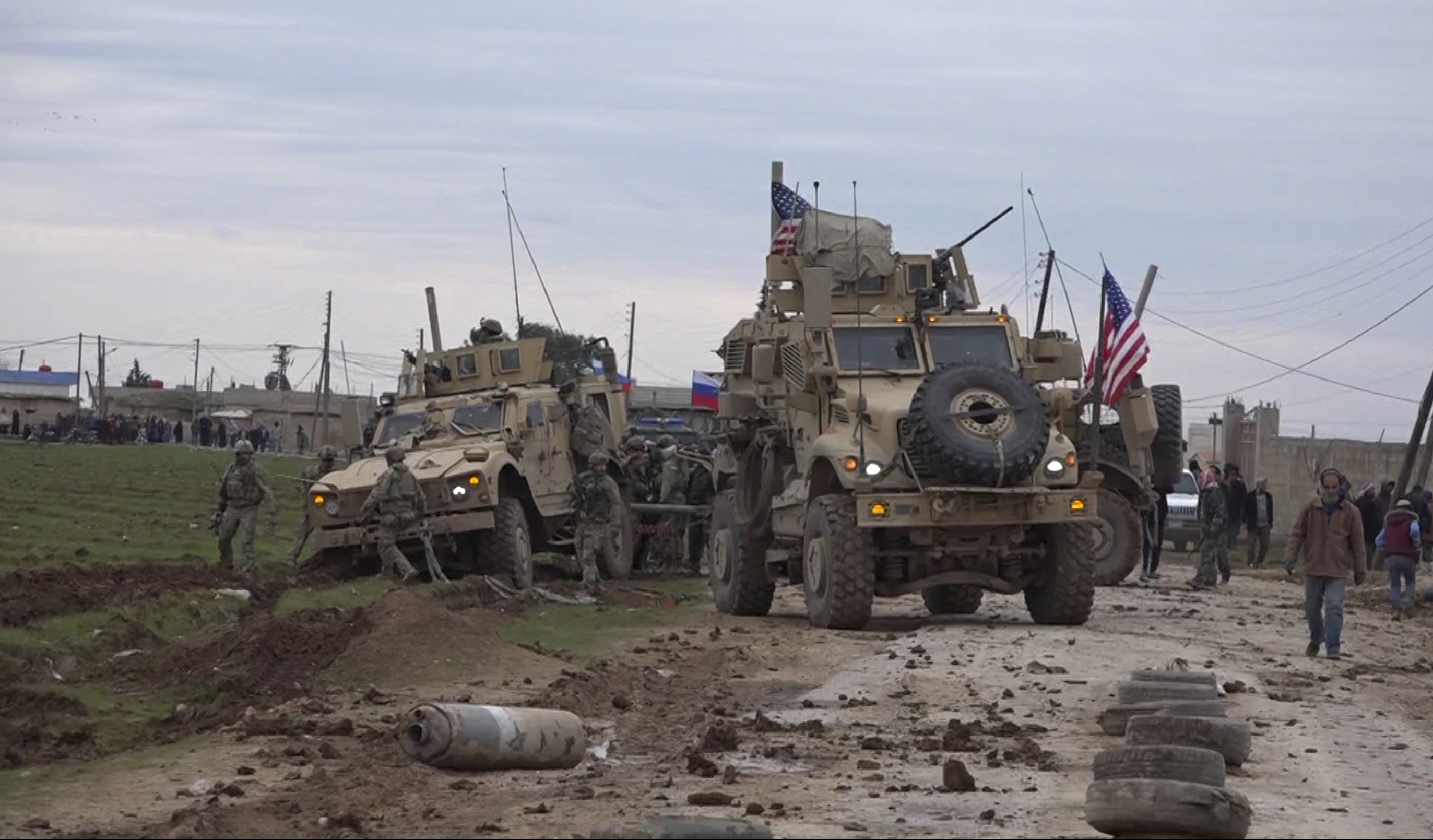 A civilian was martyred and other was injured when American occupation forces opened fire on locals of the villages of Khirbet Ammo and Hamou in eastern Qamishli, after they gathered near a Syrian Arab Army post while the Army was preventing American occupation vehicles from crossing.

Meanwhile, locals of Bweir al-Bouassi village threw stones at the US occupation’s vehicles and they tore down the US flag.

SANA’s reporter in Hassakeh said that, “On Wednesday morning, A Syrian Arab Army post stopped four American occupation vehicles while they were crossing al-Suwais – Alaia- Khirbet Ammo road, east of Qamishli city. Then hundreds of locals of Khirbet Ammo and Hamou villages gathered near the post to prevent the American occupation vehicles from crossing and to force them to return from where they came”.

The reporter stated that, “The American occupation soldiers fired live bullets and smoke bombs at the locals, martyring one civilian from the village of Khirbet Ammo and injuring another from Hamou village.”

In the same context, and during the passage of a number of American occupation armored vehicles through Bweir al-Bouassi village, in the countryside of Qamishli city, locals of the village intercepted them and attacked the armored vehicles with stones and forced them to stop while a number of young men got on the top of one of the vehicles and took down the US flag.

Later, SANA’s reporter said that there was news of an air assault by the US occupation on Khirbet Ammo village, in Qamishli’s countryside.

The reporter added that direct clashes with light weapons erupted between the locals of the village and the US occupation.

The reporter indicated that the occupation forces withdrew from the village under a cover by the US warplanes.