A regime airstrike in Idleb has killed 12 civilians, including children, as the UN records the biggest movement of people since the start of the war reports Zaman Al Wasl. 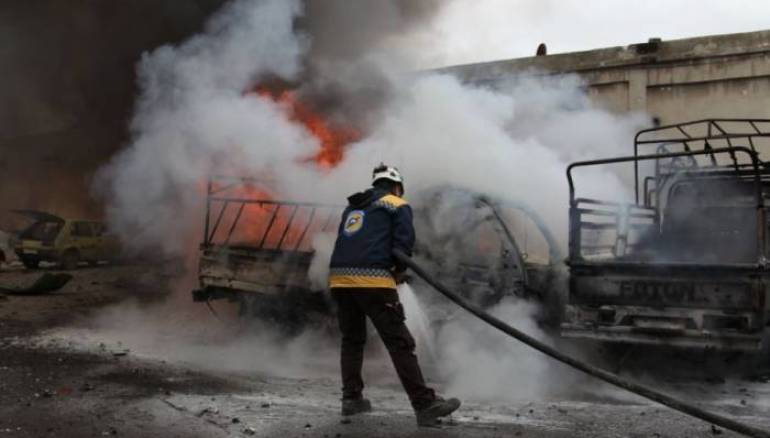 Seven children were among the victims in the raid on the industrial district of the city.

Meanwhile, the wave of displacement, which has seen around 700,000 people flee a regime offensive in Idleb region, is the biggest of the nine-year-old conflict, the United Nations said Tuesday.

“In just 10 weeks, since Dec. 1, 2019, some 690,000 people have been displaced from their homes in Idleb and surrounding areas,” a spokesman for the Office for the Coordination of Humanitarian Affairs said.

More than half of Syria’s population had already been displaced by the nine years of conflict, but the latest regime offensive against the last rebel enclave in the country has sent these numbers soaring.