Anger has been stirred by a video that shows regime fighters destroying the graves of opposition fighters in Idleb reports Neda-Sy. 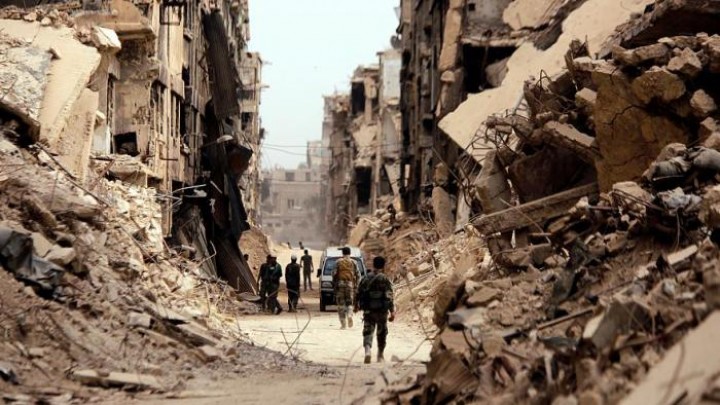 Loyalist websites have circulated a video image showing a group of Assad’s militias destroying and digging up graves in the areas they have taken in northern Syria as a form of revenge against the area’s residents.

Local activists said that the video was filmed in the cemetery of the town of Khan al-Subl south of Idleb, in which a number of armed militia men appear laughing and taking selfies while destroying and digging up the grave of “the martyr Muhanna Emad al-Din.”

The militias, which are proxies for Russia and Iran, have taken over a number of towns and villages to the south and east of Idleb recently after destroying them and clearing them of civilians.

The militias did not stop at looting the possessions of civilians in these areas, but also killed those residents who could not leave and violated the sanctity of the dead.