A Syrian actress has caused consternation among loyalists by suggesting that dogs live better than the Syrian people reports Zaman Al Wasl. 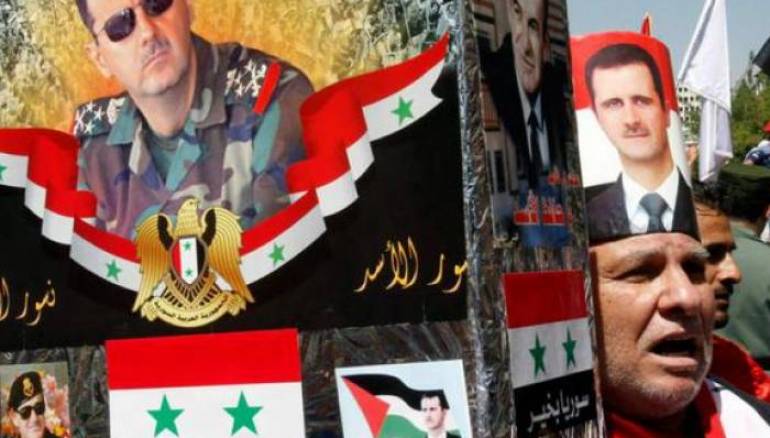 A statement by a famous Syrian actress has sparked the anger of pro-regime activists and the gloating of opposition activists on social media.

“Dogs live better than us” said Nahid al-Halabi in an interview aired on Thursday by Ninar FM Radio.

Following years of silence by Bashar al-Assad’s loyalists, criticisms and boiling anger are shaping the post-war era due to the deteriorating living conditions and the dramatic fall of the republic.

Assad and his close corrupt circle believe that you can get an obedient man if you make him starve, quoting an Arabic saying ‘make your dog starve to be obedient’.

The once-resilient Syrian pound has halved in value over the past 12 months as economic turmoil in neighbouring Lebanon makes it more difficult to access hard currency, while reduced foreign funding for enemies of the Assad regime cut illicit flows of dollars into the country, according to the Financial Times.

The currency free fall has added to the burden of Syria’s long-suffering population after nine years of brutal civil war, triggering rapid price inflation as traders pay more for the dollars needed to purchase imports, with serious consequences for the more than 80 percent of the population who live below the poverty line. It was not clear how Mr Assad’s decree, issued on Saturday, would apply to importers.

People across Syria have reported rapid price rises of 20 to 30 per cent in key commodities since October. There is no official inflation data, but a monthly food price study by the UN’s World Food Programme (WFP) showed that in November, the latest data available, the cost of a standard food basket had increased by an average of 21 percent year on year. WFP identified a “high correlation” between the Syrian pound’s depreciation and the price rises.