A documentary film about a young mother's experience amid the Syrian civil war took home a Best Documentary win and 4 nominations at the 2020 BAFTAs reports Al-Araby al-Jadeed. 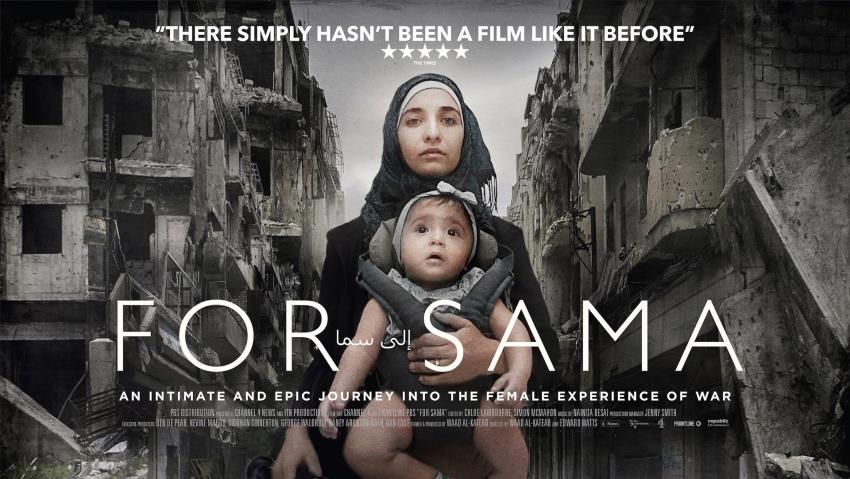 For Sama, a 2019 Syrian documentary depicting a young mother’s life during the civil war, won Best Documentary at the 74th British Academy Film Awards on Sunday.

In addition to the Best Documentary category, For Sama was also nominated for Outstanding British Film; Outstanding Debut By A British Writer, Director Or Producer; and Best Film Not In The English Language.

For Sama leads #BAFTA non-fiction awards with FOUR nominations – including Outstanding British Film – making it the most nominated documentary ever in BAFTA history.

For Sama revolves around the experiences of Al-Kateab, a Syrian refugee.

Portrayed as a letter from mother to daughter, the director films her day-to-day life in Aleppo over the course of five years, from the city’s 2011 uprising to its siege by Bashar al-Assad’s forces. Al-Kateab gets married and gives birth to her daughter Sama, whose upbringing amid chaotic warfare fills the new mother with palpable fear.

Al-Kateab took the BAFTA stage with her husband Hamza and four year old Sama, who was the first to hold the presigious award. Watts and Afraa Hashem, a Syrian teacher featured in the film, stood alongside the family.

The Syrian filmmaker saw an opportunity in her acceptance speech and shifted the star-studded audience’s attention to Syrian civilians’ plight.

“This award, I will dedicate it for the great Syrian people who [are] still suffering until today and the great heroes of doctors, nurses, civil defence,” she said.

Al-Kateab, who uses a pseudonym due to safety concerns, fled Syria with her family in 2016. She currently resides in London with her husband and two daughters.