As the regime army advances in Idleb, it has suffered a number of losses in battles, with many coming from the costal province of Tartous writes Zaman Al Wasl. 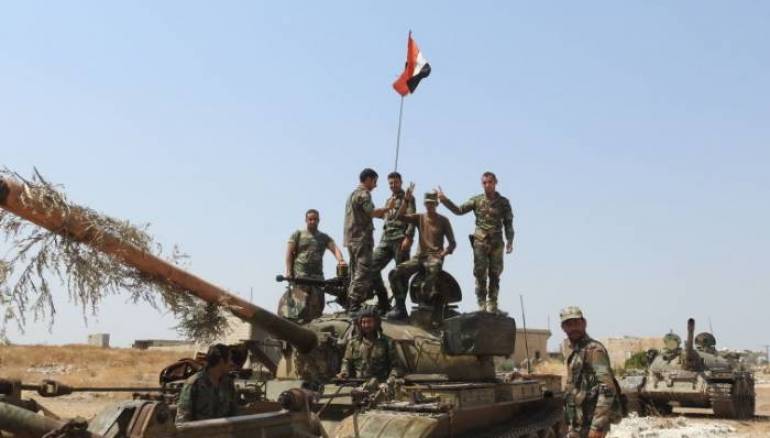 Syrian rebels killed at least 33 regime troops from the coastal province of Tartous in January on the battlefronts of Idleb and Aleppo provinces, activists said.

The death toll included a Brigadier General and 17 more officers from the main stronghold of Bashar al-Assad’s manpower.

More than 400 regime troops and allied militants were killed in Idleb province in January, according to Russia’s Defence Ministry and opposition news feeds.

Bashar al-Assad’s forces, backed by Russian air power, have rapidly advanced in Idleb and parts of rural Aleppo last week. They have taken dozens of towns, including the key city of Maarat al-Nu’man, upending the last major rebel-held stronghold after nearly nine years of war in Syria.

On Friday, the Kremlin said that Russia was fully compliant with its obligations in the Idleb region, but that it was deeply concerned about what it said were “aggressive militant attacks” on Syrian regime forces and Russia’s Hemeimeem air base.

Rebels and jihadists have killed more than 135,000 pro-regime forces since the armed conflict erupted eight years ago with the brutal repression of protests against the Assad regime