Syria's permanent representative to the United Nations has attended a ceremony with Saudi Arabia’s Minister of State, who called for a restoration of relations writes Al-Watan. 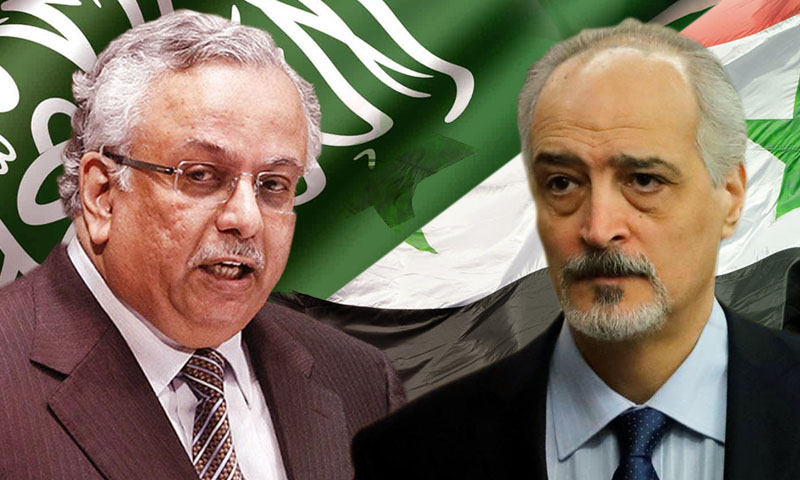 Al-Watan has learned from Western diplomatic sources in New York that Syria’s permanent representative to the United Nations, Bashar al-Jaafari, took part in a special ceremony held in honor of Saudi Minister of State Fahad bin Abdullah al-Mubarak, ahead of Saudi Arabia assuming the presidency for the upcoming G20 meeting.

Al-Watan’s sources said that Jaafari attended the ceremony in response to a special invitation he had received from Saudi delegate to the United Nations, Abdullah bin Yahya al-Muallami.

Muallami and Mubarak intended to meet with Jaafari during the ceremony, which attracted the interest of attendees and was a pleasant surprise for them. Saudi officials expressed their conviction that what had happened between the two countries needed to pass, stressing that brotherly relations that have long joined Syria and Saudi Arabia together.

Websites reported that during their celebration Saudi officials expressed their love for Syria and said that it remained in their hearts, adding that what had occurred between the two countries was nothing but a summer cloud that will inevitably pass.

Jaafari’s attendance at the ceremony, according to those sites, drew the interest of attendees, who were surprised by his presence and the warm Saudi reception. Al-Watan’s sources—who declined to be named—confirmed this, saying that the news was “worthy of attention”.

The Saudi move was preceded by a similar Emirati move, as the Chargé d’Affairs of the United Arab Emirates in Damascus, Advisor Abdul Hakim Ibrahim al-Nuaimi, said that relations between his country and Syria were “solid, distinct and strong.”

During a reception for the UAE’s National Day at its embassy in Damascus, Nuaimi expressed hope that, “security and stability prevails throughout the Syrian Arab Republic under the wise leadership of President Bashar al-Assad.”

Nuaimi also thanked the Syrian government for the warm welcome and for the support of the Foreign Ministry in overcoming the difficulties faced by the UAE embassy in “implementing its duties, with the aim of deepening relations between the two brotherly countries.”