Invisible Jails, by Orwa al-Ahmad, examine the lives and fears of Syrian refugees who are now living in the West writes Zaman Al Wasl. 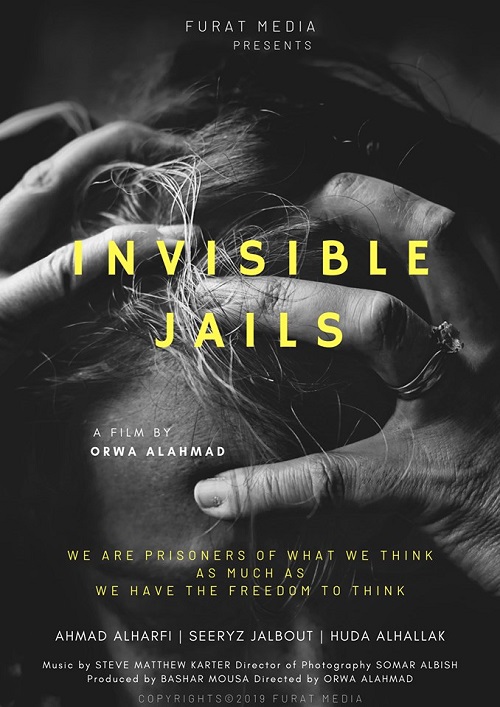 The Syrian documentary ‘Invisible Jails’ by Orwa al-Ahmad has recently won five international awards, including Best Documentary and Best Director at the Kosice Film Festival in Slovakia, the jury prize at the Beyond Earth Film Festival, and was also nominated for Best Film Award at the 50th edition of the KRAF Festival in Croatia.

The film addresses the concerns of Syrians in Europe, who become involved with the cultures of their “alternative homelands”, as their return to Syria is no longer a possibility. The movie attempts to intertwine their concerns with Western individual’s, highlighting their feelings of fear and confusion about the past, present and future.

Nine years of war in Syria has driven half the pre-war population of 22 million from their homes, including more than 6 million as refugees to neighboring countries.

Ahmad explained that the movie idea emerged while he was thinking about common features in all human beings, regardless of culture, language and attitude, finding that fear and pain are humankind’s most shared experiences. Therefore, before starting the production of the film, he asked a group of people specific questions about the things they fear in life.

The movie included four main protagonists, including Ahmad, each of them with a different experience, from a man who sought asylum by sea, to a girl who fears never seeing her mother again after moving to Europe. Ahmad was looking into the causes for their fears. Some people feared the past, carrying it with them to Europe and some feared the future.

“All these fears are caused by the same people who feel them. They built these invisible jails in their minds, and they accepted them and imprisoned themselves inside them,” Ahmad explained. “Fear is a prison. You either become trapped in it, or you choose to fly out of the reach of its bars.”

“Invisible Jails”, a short documentary, took about a month to film and includes fantastical and dramatic scenes of the heroes as they struggle and fight fear, time and anxiety. The young director said that his film expresses the biggest fears of all humans: the loss of loved ones, loneliness, and saying that they are fine, when in fact they are not, which is the last sentence in the movie.

Invisible Jails was filmed between the Netherlands and France, and was his most difficult cinematic project not only in terms of mental effort, but also in terms of execution.

The director was forced to not interact emotionally with the stories in order to be able to see his project through.

He concluded by thanking and commending his team for having the courage to go through this experience, which required, along with boldness, reconciling oneself to it.