Russian warplanes have struck the towns in the western Aleppo countryside, killing a number of civilians, while regime fighters in Idleb were killed in attacks reports Alsouria Net. 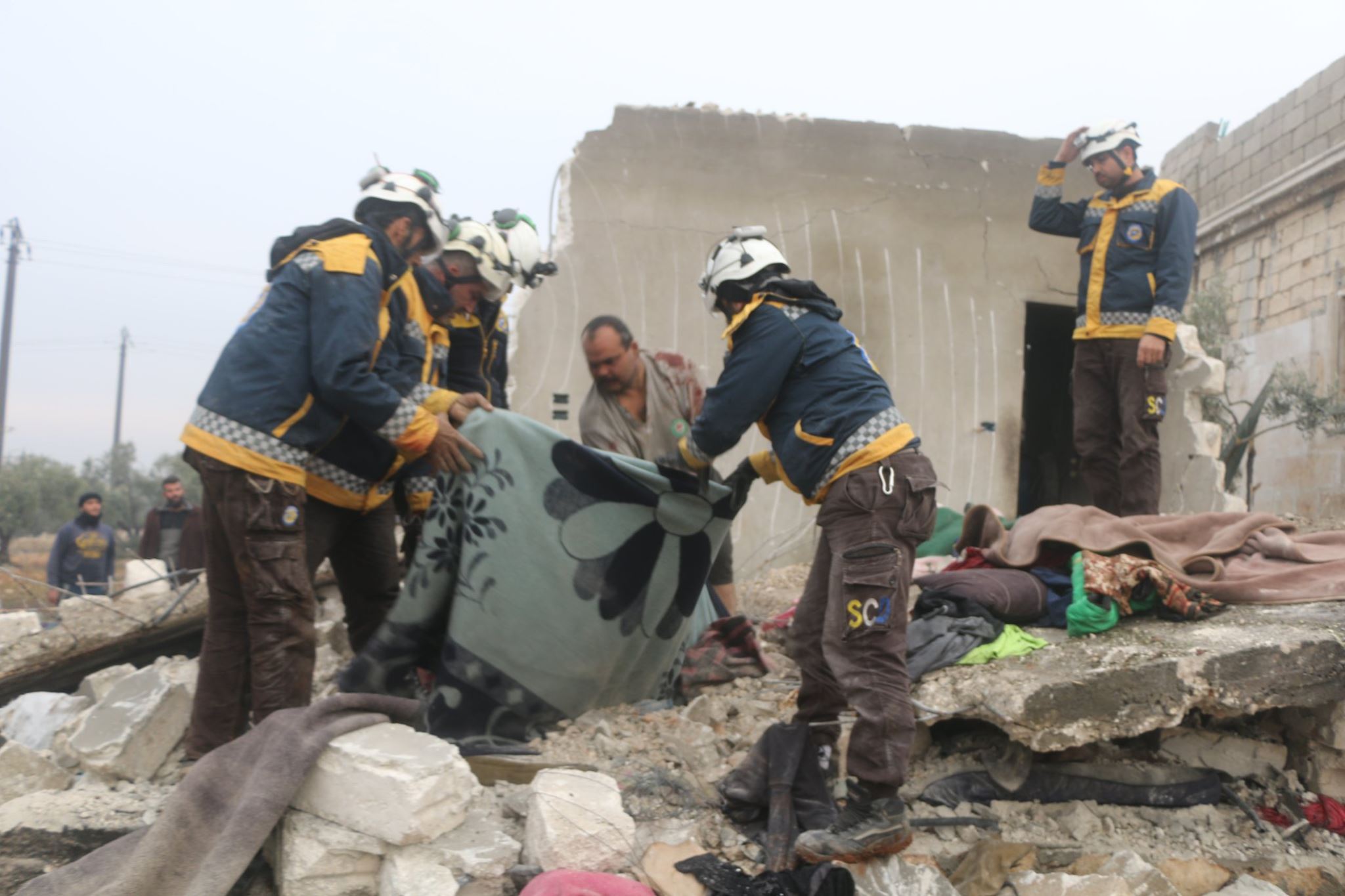 Russian warplanes have stepped up their bombardment on parts of the western Aleppo countryside, killing seven civilians and wounding dozens, according to the preliminary toll.

According to the Syrian Civil Defense on Monday, the victims were spread across three areas in the Aleppo countryside.

The Civil Defense said that two women were killed, and that three others were wounded, including two children, during the strikes by warplanes on the town of Kafr Joum west of Aleppo in the morning.

Two civilians were meanwhile killed and others wounded during a bombardment by Russian warplanes on the al-Jina countryside west of Aleppo.

According to the Civil Defense, the Russian warplanes struck a house in the village of Kafr Ta’al in the western Aleppo countryside, killing three civilians and wounding seven others, mostly children.

The Assad regime reported that Assad’s forces have intensified their strikes on parts of the southern and western Aleppo countryside over the last three days.

The semi-official Al-Watan newspaper added that the bombardment was a, “prelude to a land campaign which aims to extend the influence of the Syrian Army to the western Aleppo countryside to secure the city and the international highway from Aleppo to Saraqeb up to Maarat al-Nu’man.”

The Russian Ministry of Defense meanwhile announced that 47 members of Assad’s forces had been killed during attacks on their positions in Idleb province during the last four days.

The ministry published a statement from the Hemeimeem Reconciliation Center on Facebook on Monday saying that regime positions in the Idleb area had been hit by 16 attacks since Jan. 16, 2020, killing 47 people.

The Hemeimeem center claimed that what it called “terrorist groups“ had also over the same period carried out 253 strikes on “peaceful towns and cities” without naming them.

The Assad regime justifies its campaign on the towns and cities of the western Aleppo countryside by citing the bombardment carried out by Hay’at Tahrir al-Sham on the areas though which it transits in Aleppo city, as it claims.

The Humanitarian Response Coordinators in the North group published a statement on Sunday in which it said the number of displaced from the western and southern Aleppo countrysides had reached 4,698 families (26,779 people), more than 73 percent of them women and children.