Ayham Najar, a Syrian refugee who fled to Germany, has used his art to share the words of suffering of other Syrian refugees reports Zaman Al Wasl. 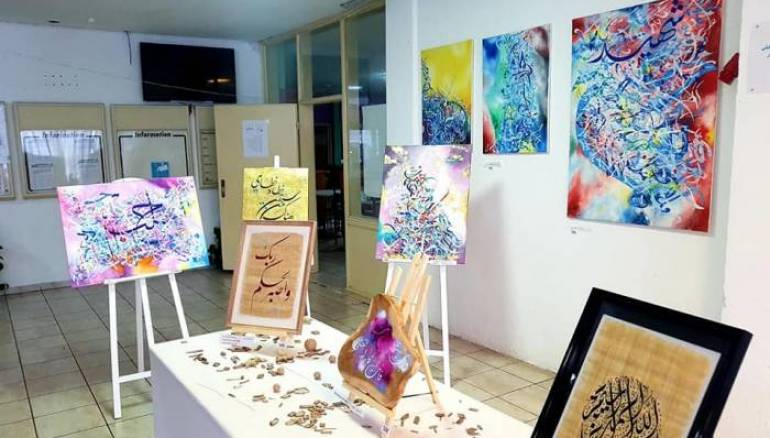 Syrian calligrapher Ayham Najar has become widely known in Germany, just a few years after moving there as a refugee, painting with the words of suffering from the Syrian people.

After surviving arrest in Syria, Najar fled with his family to Germany in 2016, after a difficult and long four-month trip.

The artist, currently living in Hamburg, explained that any written work requires a content on which he bases the painting, whether in composition, color or line type, insisting that he does not use any commercial style in his works.

In December 2019, Najar held his first exhibition in the Cultural Salon of Arab Women in Hamburg, sponsored by the Islamic Society, his paintings highlighting the aesthetics of Arabic calligraphy.

The artist aspires to open a small center, in which he will offer free courses for those who want to learn this art, with the goal of passing it on to future generations.