Terrorists on the western outskirts and in the northwestern countryside of Aleppo city have fired rockets at a number of areas in Aleppo, killing and injuring civilians writes SANA. 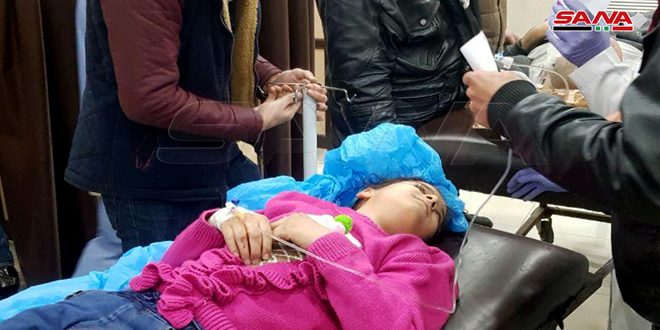 Three civilians were martyred and three others, among them two children, were injured in terrorist rocket attack on a number of neighborhoods in Aleppo city.

A source from the Aleppo Police Command told SANA that terrorist groups positioned on the western outskirts and in the northwestern countryside of Aleppo city fired a number of rockets on the residential neighborhoods of Masaken al-Sabeel, Tishreen Street, al-Shahbaa al-Jadideh, al-Khaldiyeh and al-Nile Street.

The source added that the terrorist attacks caused the martyrdom of three civilians and injured three others, among them two children, as they were admitted to the hospital.

The terrorist attacks also caused material damage to some houses and public and private properties, the source went on to say.

On Saturday, terrorist groups targeted with rockets the vicinity of Aleppo International Airport, the al-Nairab Military Airport and residential houses in the village of Minyan causing material damage.