Following the US killing of Soleimani and retaliatory airstrikes, the Syrian Prime Minister headed to Tehran to strengthen the relationship between the two countries writes Al-Masdar. 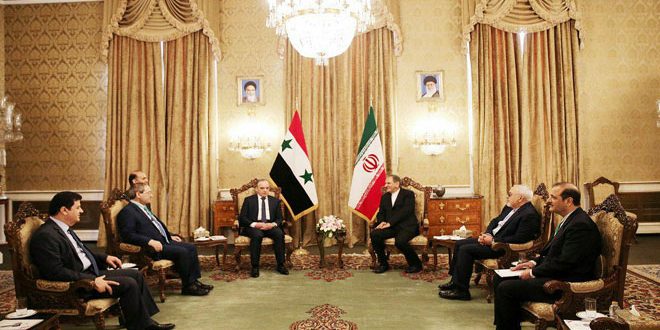 The Syrian Prime Minister, Imad Khamis, made a trip to Tehran with several high-level government officials on Sunday to meet with their Iranian counterparts.

“Today, a high-level government delegation headed by Prime Minister Imad Khamis, travelled to the Iranian capital, Tehran, to discuss with senior officials the current bilateral relations between the two countries and work to strengthen them at all levels, as well as accelerating developments in the regional and international arenas,” Al-Watan reported, quoting a diplomatic source.

The Al-Watan source said that consultation and coordination between the two countries at this stage is necessary because following the assassination of Qassem Soleimani, the two allies need to strengthen their alliance.

The newspaper added that the delegation will include the foreign and defense ministers.

On Friday, the US military carried out an attack near Baghdad International Airport, resulting in the killing of the Quds Force commander, Major-General Qassem Soleimani, and the Deputy Commander of the Popular Mobilization Units, Abu Mahdi al-Mohandes.

Iran responded to these assassinations by targeting the US military’s positions at two bases inside of Iraq. The attack primarily targeted the al-Assad Airbase, which hosts the second largest US military contingent in Iraq.