A humanitarian conference has called on the UN to act in Idleb and secure the safety of those who are fleeing Russian and regime bombardment reports Alsouria Net. 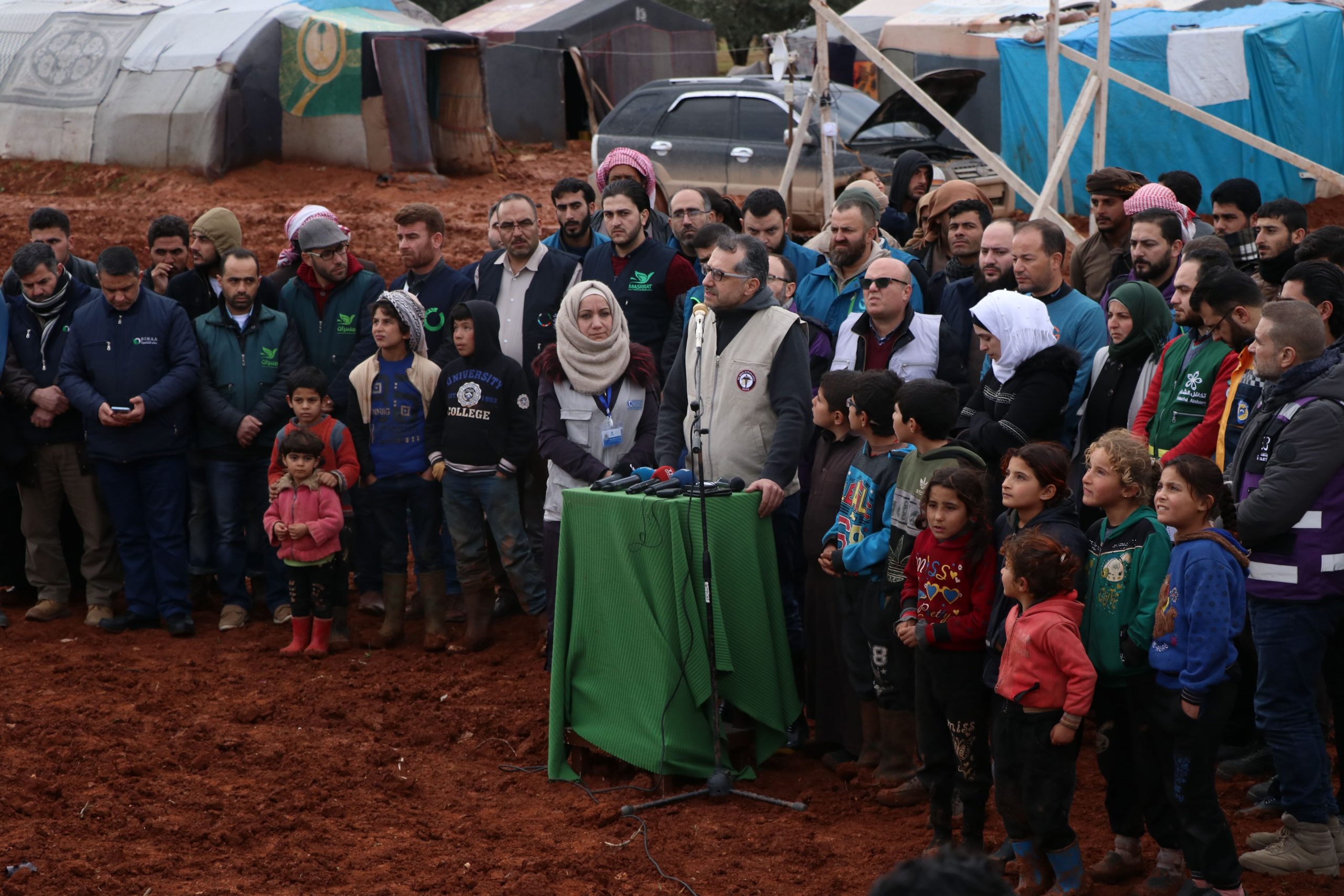 Various local and international organizations held an urgent humanitarian conference to support the victims of the recent military campaign against Idleb and to call on the international community to intervene to stop the violations against civilians.

The conference was called “For Idleb’s Children,” and was held on Tuesday in the al-Hasada camp in Zardna village in the northern Idleb countryside. It was attended by representatives of 17 humanitarian organizations, including Ihsan Relief and Development, the Syrian Civil Defense, Violet, Shafaq, Masrat, Syria Relief, MedGlobal, and others.

From Idleb to the United Nations … messages and warnings

The conference, covered by Alsouria Net, issued a series of demands and outcomes revolving primarily around a call to open the border for displaced people fleeing bombardment, who are out in the open without shelter or aid, amid warnings of a humanitarian disaster occurring if the border remains closed to them.

The organizations taking part also called directly on the United Nations to enter Idleb and to confirm that those targeted by and fleeing the bombardment are civilians, mostly women and children.

They also discussed regime forces and Russia targeting hospitals in Idleb, most of which have gone out of service, especially the hospitals and medical points where the United Nations has been informed of the position and coordinated the matter with, including the UOSSM and SAMS organizations.

Those taking part stressed the need to pressure for an extension of the decision to deliver humanitarian aid through the border to Syria and to approve a new mechanism after Russia and China used their veto against the previous mechanism.

Will the call reach the world’s people?

Dr. Zaher Sahloul, director of MedGlobal, based in the United States, told Alsouria Net that the aim of participating in the conference was to deliver the voices of the victims of the military escalation against Idleb and to broadcast the truth of the humanitarian disaster to the international community and Western and Arab peoples and to change the stereotypical image that those targeted are just “terrorists.”

He added: “We are talking about the displacement of 355,000 people over three weeks, most of whom are women and children, who are without shelter, food, protection or healthcare.” He said that the situation could become worse than it is now in light of the international inaction and added, “There is a failure by the international community to respond to the scale of the disaster.”

Sahloul, who took part in the conference, coming from the United States, stressed the need to put pressure on the Security Council to approve a new project to deliver aid to Syria in light of there being four million Syrians in the country’s northwest who need this aid.

It is expected that the Security Council will hold a session on Jan. 10, 2020, to decide on the fate of the mechanism to deliver aid through the border, after the Russian-Chinese veto.