The Assad regime is continuing is brutal assault in Idleb, bombarding the town of Ariha, killing a handful of civilians and wounding dozens more reports Zaman Al Wasl. 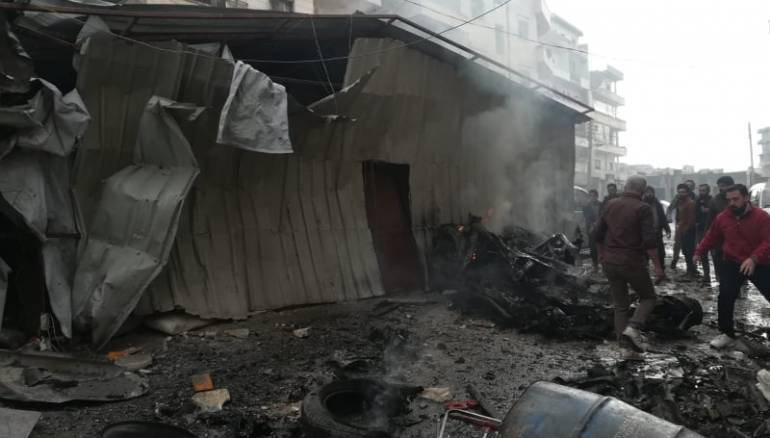 At least seven civilians were killed and 20 more wounded in regime airstrikes on the town of Ariha in northern Idleb province, a local reporter said Sunday.

In the latest round of violence in Syria’s nearly nine-year-old war, regime forces have upped their deadly bombardment of the northwestern opposition bastion of Idleb in recent weeks.

In December alone, the violence pushed some 284,000 people from their homes in the jihadist-run region of some three million people, the United Nations says.

In late August, the regime’s ally Russia announced a ceasefire in Idleb, after months of deadly Russian and regime bombardments that killed around 1,000 civilians.

But sporadic clashes and bombardments persisted throughout autumn, before a spike in violence in the past month, the Observatory says.

In total 11,215 people including more than 1,000 children were killed last year, although it was the least deadly year on record since the beginning of the conflict.