Since the regime began their assault, over 100 people have been killed and tens of thousands have been forced to flee, with little or none of their belongings reports Zaman Al Wasl. 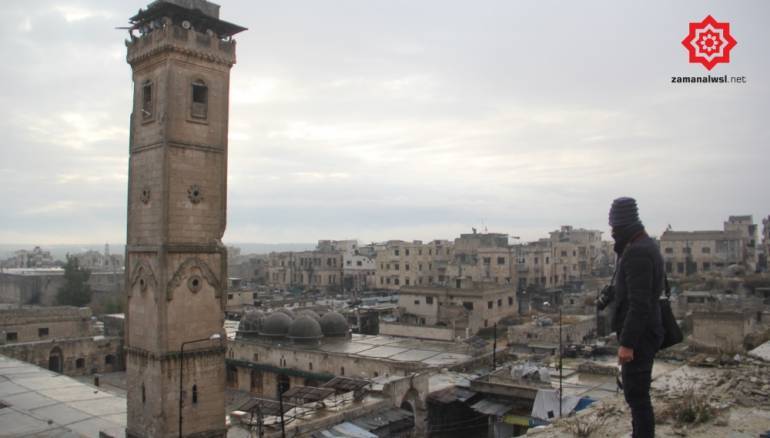 The city of Maarat al-Nu’man has become a relative ghost town since Russia-backed forces began a crushing assault on northern Idleb province, which has uprooted about 280,000 people from their homes and killed over 100 people in three weeks.

Abadat al-Thikra, director of the Civil Defense rescuing agency in Maarat al-Nu’man, said a large number of civilians have left the city, once populated with 85,000 people, without taking any of their furniture. Many families cannot take anything because of the continuous shelling of all the neighborhoods of the city.”

He added that, “There are no field hospitals, no bakeries, no water and no electricity, in addition to the disruption on all the main roads inside and leading to the city. Most of the bombing is focused on markets and the main roads. The civil defense team is working to remove the rubble and repair the roads, but the heavy rains have lead to the collapse of the repaired potholes. Russia and the regime are deliberately targeting schools, mosques and all essential buildings in the city.”

The Syrian Response Coordination Group says that more than 51,260 families have been displaced since the regime began its crushing assault on the southern and eastern countryside of Idleb.

Bilal Makhzoum, a local activist who is still in the city, talked about their contribution to the evacuation of civilians, “For ten days, the city was subjected to severe and systematic bombardment, with the goal of emptying the city of its residents, leading to a large wave of displacement towards border areas and camps.”

“In light of a marked lack of support by humanitarian organizations, all civil activists and organizations, in the city and outside it, had to help secure transport to evacuate the people to border areas, which is our duty, especially in these difficult times. Our priority was to evacuate civilians as well as our families for their safety, then, we started to move the furniture to their owners, since most left without any of their necessary household items.”

Before the displacement, Maarat al-Nu’man had a population of 70,000 people. In addition to its eastern and southern countryside, more than 283,000 civilians have been displaced to border camps, following the scorched earth policy that the regime and Russia is applying, by destroying all infrastructure as well as targeting residential neighborhoods and civilian property.