16 people have been killed in airstrikes in Syria’s Idlib province as the regime trapped civilians in the besieged city of Maaret al-Numan, striking any car attempting to evacuate people writes Al-Araby Al-Jadeed. 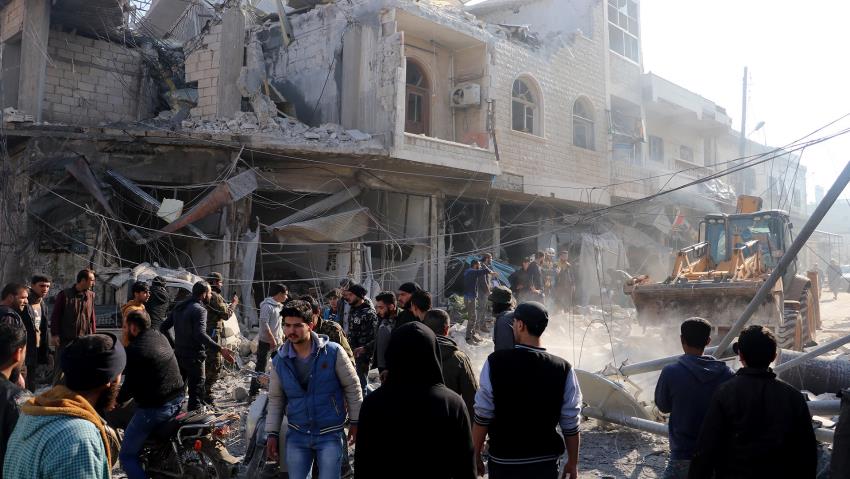 At least 16 people were killed in airstrikes in Idlib province in the past 24 hours as a ferocious regime and Russian assault on the Syrian rebel-held area continued.

The regime has also trapped civilians in Maaret al-Numan, killing an unknown number of people there, and captured 21 villages amid reports of a high death toll among regime soldiers.

A source from the Syrian Civil Defence, known as the White Helmets, told The New Arab’s Arabic-language service that eight civilians, including three women, were killed when the town of Saraqeb was hit by airstrikes.

A child was also killed near the town of Bdama in western Idlib province.

An estimated 80,000 people have fled Maaret al-Numan this week as a result of an ongoing regime assault on the city.

Activists in the city say the regime is conducting a campaign of “extermination” in Maaret al-Numan, targeting civilians who remain, with missiles and barrel bombs, and those fleeing, with machine fire and shelling.

On Sunday morning regime and Russian planes bombed vehicles that were evacuating civilians from the city. Abu Bahr, a worker who monitors the movement of military aircraft in Idlib province told The New Arab’s Arabic service that planes were circling the city and striking any vehicle which moved in the city.