Families have protested south of Damascus and demanded the release of prisoners being held in regime prisons reports Smart News. 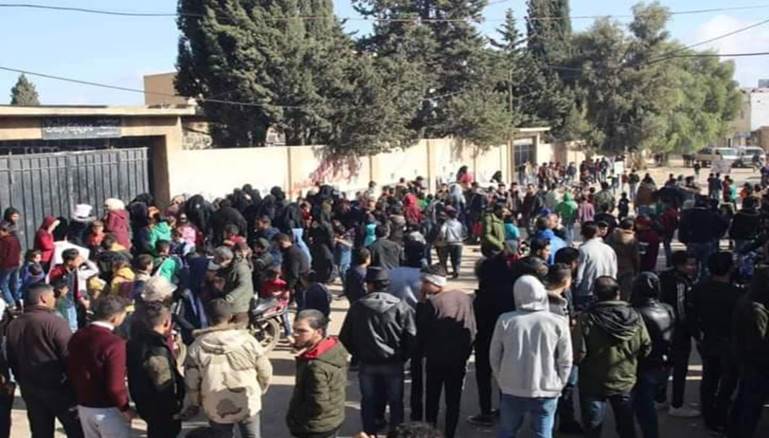 On Monday, dozens of civilians, including women and children, protested in the village of Kanaker, which is under regime control (32 kilometers south of the capital Damascus) in southern Syria, calling for the release of prisoners from Syrian regime prisons.

A source told Smart that the protesters gathered in front of the village school and chanted slogans calling for the release of all prisoners, praising the mothers who lost their children in prisons, and praying for God to be with the prisoners and their families.

The source added that the protesters raised dozens of images of prisoners in Syrian regime prisons, demanding they be released.

The revolutionary movement has begun to appear again in cities and towns taken by regime forces as part of agreements signed with militant factions under Russian supervision, which have stipulated “settling” the status of those who want to stay and those who reject this going to northern Syria.

Hundreds of thousands of prisoners have been subjected to physical and psychological abuse in the regime’s prisons and their security branches, and thousands have been killed. Activists have accused the international community of inaction, in terms of putting pressure on the regime to reveal the fates of the hundreds of thousands of prisoners and forcibly disappeared persons in their prisons, securing their release and holding them to account for crimes against humanity.