Syrian member of parliament, Hossam Qaterji, has come under fire for appearing in a video where militia members salute him writes Al-Modon. 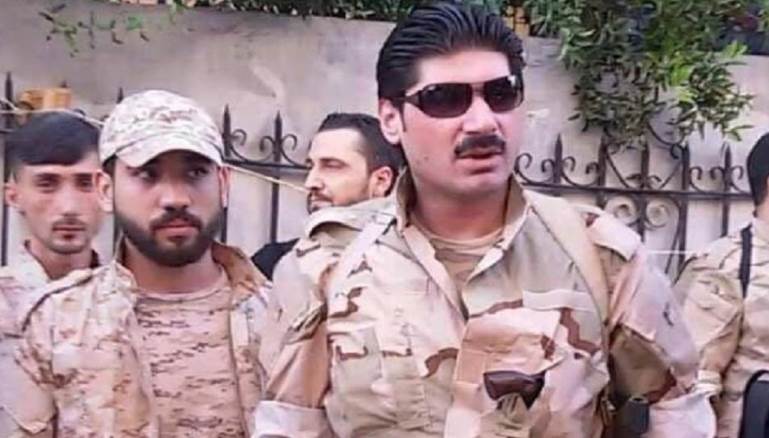 A video of a Syrian member of parliament, Hossam Qaterji, has stirred anger among loyalists of the Assad regime after it was widely circulated on social media.

Qaterji, a businessman known along with his family for smuggling oil between the Syrian regime and the Islamic State (ISIS) for years, appears as a militia leader reviewing his forces in the countryside of Raqqa province, while its members give the military salute.

Qaterji, who is included on American sanctions lists, appears walking from a private plane before being received by a luxury car, with two lines of militants who salute him. The scene was described by parliament members as, “provocative and showing a lot of arrogance from one who is supposed to represent the people, most of whom live under the poverty line,” according to local media.

Loyalist commenters attacked it on the basis that he did not deserve a military salute, because he does not hold military rank, and called for him to apologize for the “inappropriate” scene. Some said that the scene “was not compatible with the sacrifices made by the Syrian army and its allied forces,” while others said that “even the president does not have such a fleet of luxury cars.”

According to reports, Qaterji apologized for the clip during parliament deliberations, saying: “I offer my apology to Commander President Bashar al-Assad and the people, individual by individual, and to the members of parliament, for the video which was published and for previous videos.” He explained the clip by blaming one of his workers: “He filmed me without my knowledge and then published it and used it to insult me. I take full responsibility for this matter.”

The Qaterji family owns various companies and institutions, owned by the Qaterji sons, Hossam and Mohamed and Baraa, who have become war profiteers through suspicious deals and acting as mediators to deliver fuel to the regime from areas previously controlled by ISIS.