President of the National Security Bureau, Ali Mamlouk, asked tribal leaders and sheikhs to pull their men out of the SDF reports Brocar Press. 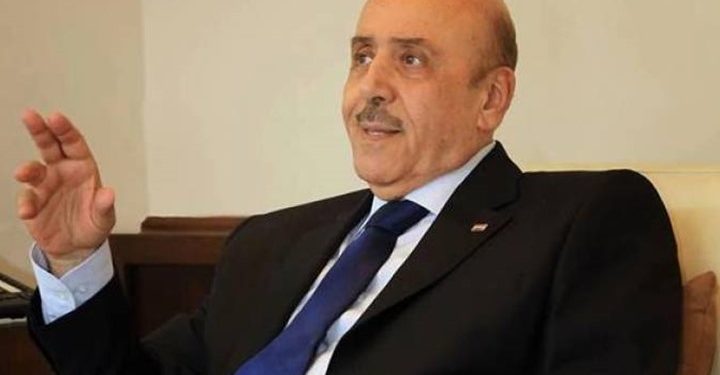 As mystery surrounds a meeting between the president of the National Security Bureau, Ali Mamlouk, with tribal leaders and notables in the Qamishli airport—which is guarded by Russia as its new air base—sources told Brocar Press about the most important aspects of the meeting, which was held on Thursday, and was acknowledged, without details, by regime media on Sunday.

The meeting lasted four hours, during which Mamlouk called on 30 figures from among the most prominent Arab tribal sheikhs and notables in northeastern Syria to withdraw their members from the Syrian Democratic Forces (SDF), according to Kurdish media.

The aim, according to political analysts and observers, was to weaken the Kurdish-led and American-backed organization, especially given the major shift in the map of control after the Turkish military operation against the SDF and the Turkish-Russian deals that followed, which returned the regime to the region after it was expelled in 2012.

A source said that the Arab tribes responded to Mamlouk’s request by saying that they wished they could do this, but that it was not possible, at least under the current circumstances, as they are afraid what would happen to their members if they defected from the SDF, taking into account the SDF taking revenge on them.

The notables and sheikhs said that Mamlouk’s request could be answered if the regime had the military force to stop defectors from being pursued and the tribes struck, especially with the well-armed and trained forces backed by America.