More civilian casualties in Idleb province, further displacement of families fleeing violence and the Syrian army respond to terror attacks. Catch up on everything that happened over the weekend. 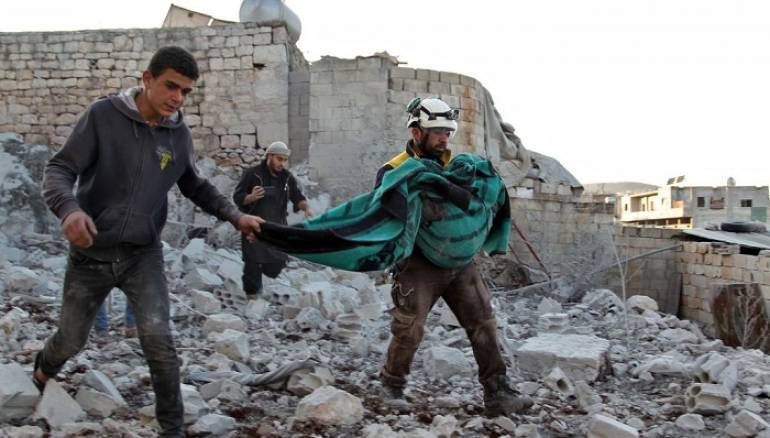 1. On Saturday, Syrian regime and Russian airstrikes killed 19 civilians, half of them children, in the country’s last major opposition bastion, a Britain-based monitor and local activists said. The air raids in the extremist-run northwestern region of Idleb also wounded several others, the Syrian Observatory for Human Rights said. Airstrikes by regime ally Russia killed four civilians including a child in the village of al-Bara in the south of the region, the Observatory said.

2. Some 25,000 civilians were displaced in northwestern Syria last week after attacks by the regime and Russia on the Idleb de-escalation zone, a Syrian NGO said on Dec. 7, 2019. Mohammad Halaj, director of Syria’s Response Coordination Group, told Anadolu Agency that thousands of civilians were displaced in the first week of December due to attacks by the forces of the Bashar al-Assad regime, Iran-backed terror groups and Russia. Halaj underscored that the humanitarian crisis in Idleb was getting worse, adding: “Around 425,000 civilians are living in the Maarat al-Nu’man, Saraqib and Ariha districts and rural areas. If the attacks target these places with the same violence, the number of displaced will rise more.”

4. On Sunday, around 200 Syrian displaced people, mostly women and children, left an overcrowded desert camp in the northeast of the war-torn country, Sheikhmous Ahmad, a Kurdish official in-charge of the displaced was quoted by Al-Araby al-Jadeed as saying that most of them “are women and children, with just some men”.