Stores in Lattakia have gone on strike to protest the security patrols and the fines handed out for pricing violations reports Al-Modon. 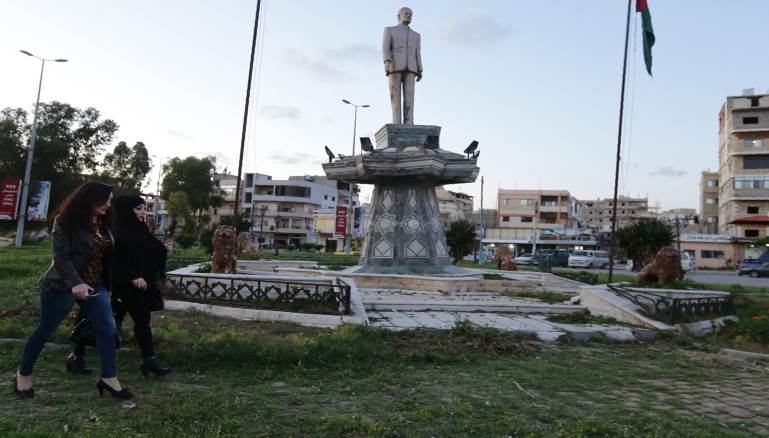 The city of Lattakia has seen a movement to close its shops, in what looks like a collective strike, due to a fierce attack by supply patrols on the city’s shops, with more than 200 shops hit with violations, according to Al-Modon’s correspondent, Shadi al-Ahmed.

The patrols attributed the violations to a number of reasons, including a lack of pricing, lack of quality control, lack of receipts for products, as well as accusing traders of increasing prices. The traders said that they were paying for products in hard currency, and therefore had to raise selling prices due to the instability of the Syrian pound.

The patrols have begun to appear in force, with a prior intent to catch traders for violations, and refraining from taking bribes easily, as if they are on a hostile mission from the authorities against the traders. The reaction of traders on Monday morning was to close their shops entirely, as a form of protest against the authorities. Traders deployed young boys at the entrance of the market, with only one patrol able to enter before the boys informed the traders, and they then closed their shops to create a strike in the al-Ouwaina and al-Quwtali markets and Maysloun Street.

In the vegetable and chicken products market, traders were prevented from closing after security patrols arrived and deployed in the market, forcing chicken sellers to sell at the prices set by the state.

The security deployment that has accompanied the strike indicates that there is a conflict between traders and the regime. Since Tuesday morning, security patrols have deployed in the markets without doing anything except parking security vehicles at the entrances to the markets. According to one trader, the regime wants to violently impose prices inside the market without addressing the exchange rate crisis. The trader fears that the authorities will not understand the message sent by their strike and will carry out more supply patrols accompanied by security patrols to search their shops. This appeared in Monday’s frightening mobilization, the likes of which the city had not seen since the first days of the Syrian revolution in 2011.