In a blow to the process, the government delegation of the small constitutional committee has withdrawn over a lack of an agenda for the second round of meeting writes SANA. 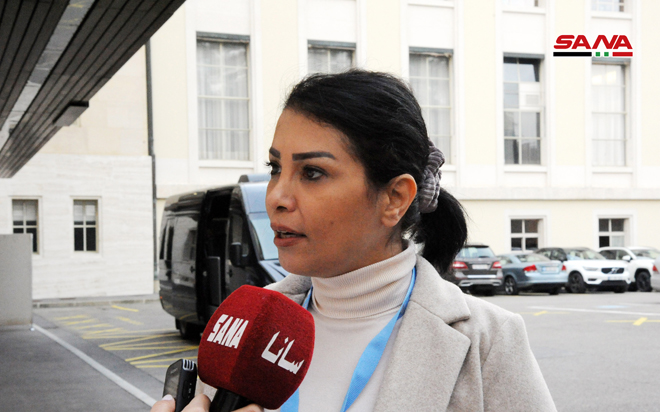 On Monday, the government delegation to the small Constitutional Committee left the United Nations HQ in Geneva after receiving no response regarding the delegation’s proposal for the agenda for the second round of meetings.

Sources close to work of the Committee in Geneva said that the national delegation proposed an agenda for the committee’s debates under the title “national bases of interest to the Syrian people”.

The sources indicated that these bases contain a set of national items to be agreed upon as a base for the work of the committee as a whole.

After discussions with UN Special Envoy for Syria Geir Pedersen to agree upon the agenda, the sources said that the national delegation left the UN when it did not get a response.

SANA’s reporter in Geneva said that there will be no sessions for the committee on Monday after the departure of the national delegations, adding that there is information that sessions could be held on Tuesday.

In a statement to SANA’s reporter, a member of the civil society delegation, Issam al-Zaibaq, said: “We want a clear agenda based on national standards, which are the Syrian Arab Army, denouncing any aggression on Syrian territory whether it is Turkish of American or Israeli, and agreeing on the state’s right to defend the country, before discussing any amendment or reform of the constitution.”

He added that the other side still rejects these standards due to its own interests and foreign connections.

In a similar statement, Mais Kraidi said, “the other side rejects having a national basis for dialogue, which is for it to be intra-Syrian… those who receive instructions from other states should say that outright… we want to create a Syrian constitution for Syrians, not one based on the moods of international interference.”

She said that those who want to hold dialogues on behalf of another state should present themselves in a frank manner.

The small committee held its first round between Nov. 4-8, 2019, as it adopted an agenda proposed by the Syrian Government-backed delegation, which also presented a proposal that mainly includes combating terrorism and restricting their access to resources, in addition to condemning countries that support them, but the group from the Turkish regime rejected this.

On Nov. 1, 2019, the expanded body of the Committee to Discuss the Constitution, which consists of 150 members, agreed on the members of the small committee and it approved a paper on the Code of Conduct and the measures that will govern the work of the expanded and small bodies.