Rockets fired by pro-regime elements, from the Damascus area, were fired towards Israel, but were shot down by Israel's air defence systems reports Al-Araby al-Jadeed. 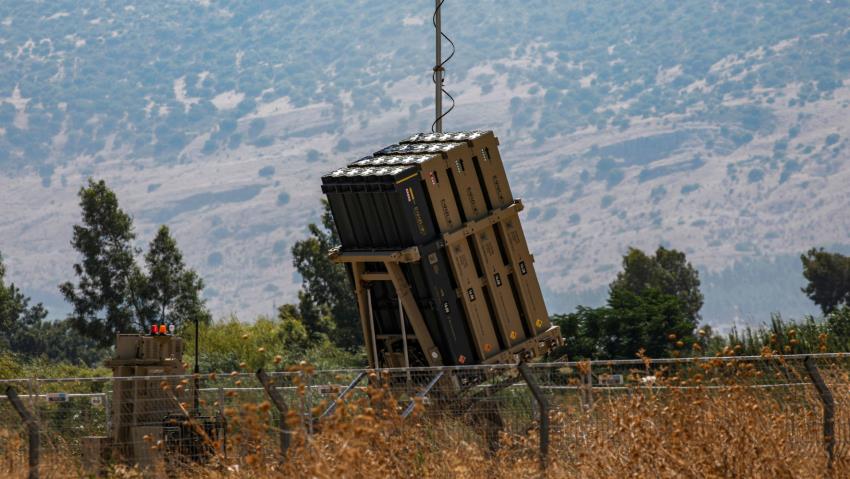 The Syrian Observatory for Human Rights said rockets were fired at Israel from positions around the capital held by groups loyal to the Damascus regime.

It did not elaborate on which group had launched the rockets or whether there had been any casualties in the retaliatory strikes.

Israeli media reported that the rockets were intercepted over the occupied Golan Heights.

“Four launches were identified from Syria towards Israeli territory which were intercepted by the Israeli air defence systems,” the Israeli military said in a statement.

“No hits on Israeli communities were identified.”

Meanwhile, blasts were heard close to the airport in the Syrian capital Damascus, the state SANA news agency reported.

It gave no further details but the Observatory reported “missile fire by Israeli aircraft on positions south and southwest of Damascus”.

The flareup comes after a major escalation in-and-around Gaza last week following Israel’s targeted killing of a commander of Palestinian militant group Islamic Jihad, which is allied with Damascus.

The killing was accompanied by a second strike, unconfirmed by Israel, on an Islamic Jihad leader in Damascus that killed his son and another person.

There was no immediate rocket fire from Syria following that strike.

Israel has carried out frequent air and missile strikes against targets inside Syria since the country descended into civil war in 2011.

Most have been against what Israel said were Iranian targets or positions of Iran’s Lebanese ally, Shia militant group Hezbollah.

Israel has also carried out some strikes targeting Palestinian rejectionist factions based in Damascus, like last week’s strike that Islamic Jihad said targeted one of its leaders.

It came after senior Islamic Jihad leader Baha Abu al-Ata, whom Israel blamed for recent rocket fire into its territory, was killed in a strike on his home in Gaza City.

In response Islamic Jihad, which is allied with Gaza’s rulers Hamas, fired around 450 rockets towards Israel, which struck back with more airstrikes.

The flareup saw 34 Palestinians and no Israelis killed.

A ceasefire between Israel and militant groups including Islamic Jihad was agreed after 50 hours of clashes, but the deal remains precarious.