Residents of Salouk have claimed that the Syrian National Army looted three stores and then sold the spoils back to the townsfolk writes Smart News. 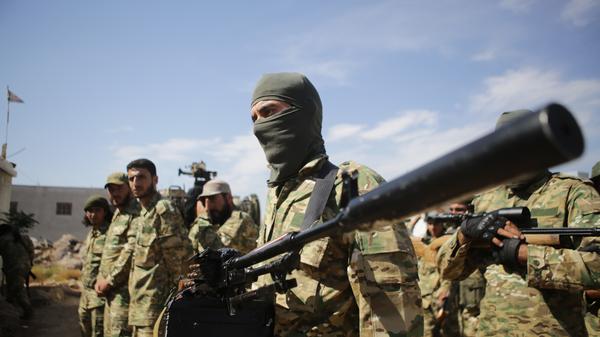 Residents have accused the Turkish-backed Syrian National Army of the Interim Government of stealing the contents of three stores in the town of Salouk, 74 kilometers north of the city of Raqqa in northeastern Syria.

Witnesses and local sources told Smart on Thursday that a number of fighters in Ahrar al-Sharqiyeh, which is part of the National Army, broke the locks on three shops on Tuesday and stole mobile phones and food as well as motorcycle parts.

The witnesses said that the fighters were selling the stolen goods in the same town, with residents going to buy them again.

Smart tried to contact the National Army to get a comment about these charges, but they have not yet responded with a denial or confirmation.

On Oct. 13, 2019, the National Army announced that it had taken control of the city of Tel Abyad and the village of Salouk north of Raqqa at the border with Turkey.

Turkey, with the National Army, launched a military operation against the Syrian Democratic Forces on Oct. 9, 2019, with Turkish officials saying that the battle proceeded “in accordance with international laws and the United Nations charter,” amid international rejection of the operation and calls for it to end. Amnesty International said that Turkey had carried out “serious violations and war crimes” during the operation.