The towns of Tel Tamr and Abou Rasin have witnessed clashes between the Syrian National Army and Kurdish forces reports Zaman al-Wasl. 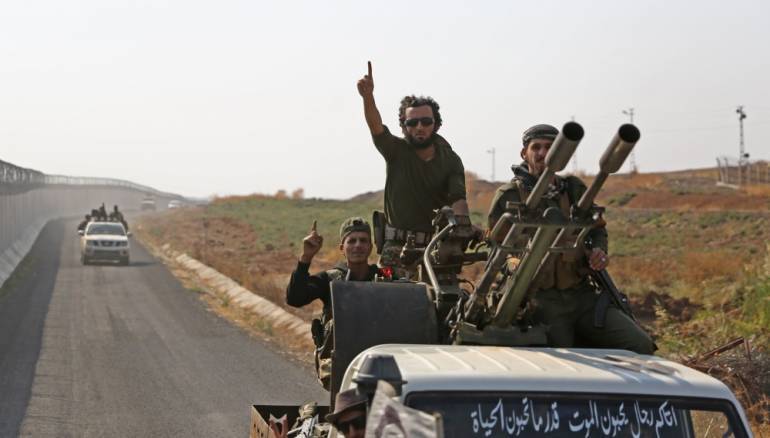 Clashes are still ongoing between the Syrian National Army (SNA) and Kurdish forces west of Hassakeh city as the Turkish-backed forces press to take the towns of Tel Tamr and Abou Rasin, according to Zaman al-Wasl’s reporter.

Turkish artillery rocked the sites of the Kurdish People’s Protection Units (YPG) where regime forces are also taking part in the clashes. Casualties over the past 72 hours have included top officers.

At least 198 SNA soldiers have been killed during attacks by the YPG since the launch of the Turkish military operation in northern Syria last month, a rebel commander told the Turkish Daily Sabah.

According to the SNA commanders in the field, a total of 643 SNA soldiers were wounded and one soldier went missing during Operation Peace Spring.

The SNA is composed of the Free Syrian Army and groups affiliated with the National Liberation Front.

Yusuf Hammoud, an SNA spokesman, told Anadolu Agency that they will continue to fight YPG forces, who have been ignoring the agreement between Turkey and Russia on creating a safe zone.