The center of Qamishli was hit by a series of explosions that are known to have injured an number of people reports Brocar Press. 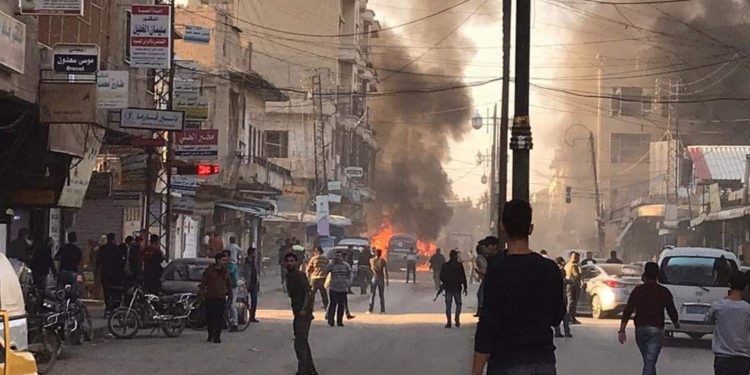 Brocar Press’s correspondent in Qamishli said that three blasts, including two car bombs, struck the city center, with civilians who were waiting for taxis, caught and injured in the chaos.

The correspondent said that two successive blasts from car bombs detonated in Qamishli on Monday, adding that the first blast had occurred near the Banque Bemo Saudi Fransi on the main street, and near the security square. Minutes late, another blast went off near the site of the first blast, with a large number of civilian casualties expected because the two blasts had been near a taxi ranks on the corniche line. Brocar Press’ correspondent reported that 11 people were rushed to the al-Rahma and Farman hospitals.