Residents in Idleb have protested against the violence of Hay'at Tahrir al-Sham and the taxes and fines of the Salvation Government writes Brocar Press. 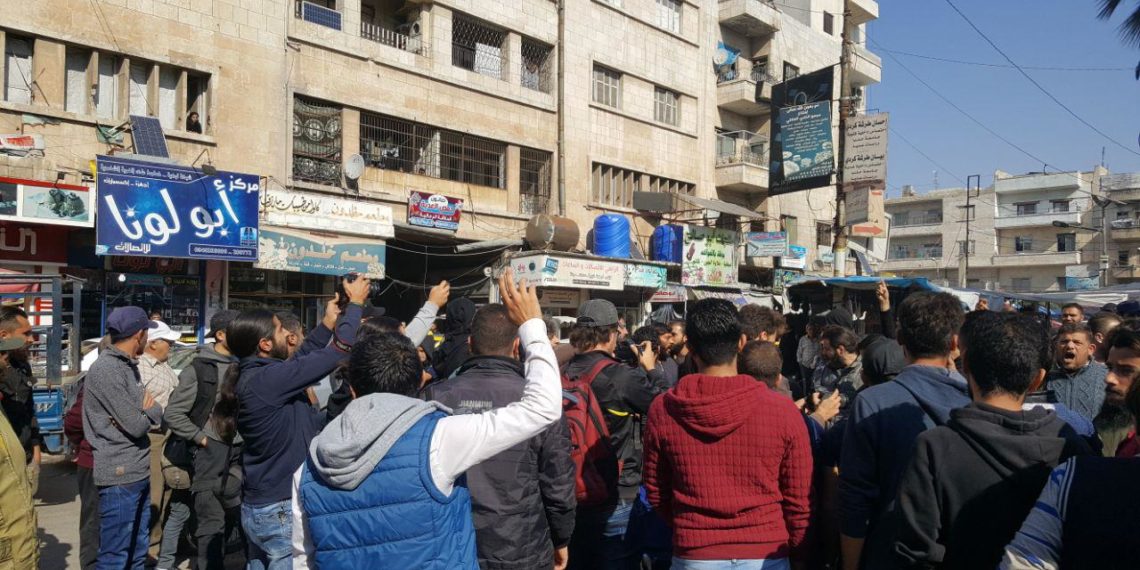 On Thursday, dozens of civilians protested in Idleb city against Hay’at Tahrir al-Sham and its affiliated Salvation Government.

Local activists said that residents of Idleb and displaced people living there had gone out to the al-Sa’a square in the city center, calling for the downfall of Tahrir al-Sham and its leader Abou Mohamed al-Jolani, and for it to leave the city.

Protesters demanded that the Salvation Government dissolve itself and stop imposing taxes and fees on residents, and called for a general strike in the city.

The protesters declared their solidarity with Kafr Takharim, which was attacked by Tahrir al-Sham with various types of weapons on Thursday morning.

A group affiliated with Tahrir al-Sham on Thursday attacked a solidarity protest with Kafr Takharim with live bullets in the town of Taftanaz in the Idleb countryside.

Tahrir al-Sham has been trying to storm Kafr Takaharim in the Idleb countryside, attacking with heavy machine guns. There have been reports of killed and wounded in the city, which has led to residents refusing to submit to decisions from the Salvation Government in paying taxes and fees.