Russian warplanes have pounded a town in the southern Idleb countryside, killing three children and injuring another reports Baladi News. 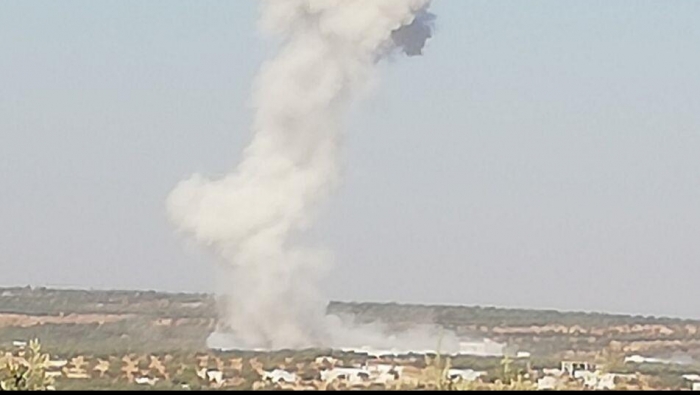 On Tuesday, three children were killed and another wounded during bombing by Russian warplanes on the town of al-Dar al-Kabira in the southern Idleb countryside.

Baladi News’s correspondent in Idleb said that three children, displaced from the town of al-Ltamenah in the northern Hama countryside, were martyred and that others were wounded during the aerial attack that used high-explosive rockets.

Our correspondent said that Civil Defense teams headed to the scene of the airstrikes and worked for hours to remove the children’s bodies and to take the wounded to medical points.

Our correspondent said that a number of towns and villages in the southern Idleb countryside have been hit by Russian warplanes, including Tahtaya, Sheikh Mustafa, Bsida, Mar Tamater, Maarat Hermeh, Kafr Sujana, Jabala, and Hass, with regime planes striking the towns of al-Janoudiyeh, Sheikh Sandyan, and Ghaniyeh, as well as the city of Jisr al-Shaghour in the western Idleb countryside, which wounded a number of civilians.

Idelb has been bombed by Russian and regime warplanes almost daily, which has killed dozens of civilians, as well as hitting medical facilities and Civil Defense teams.