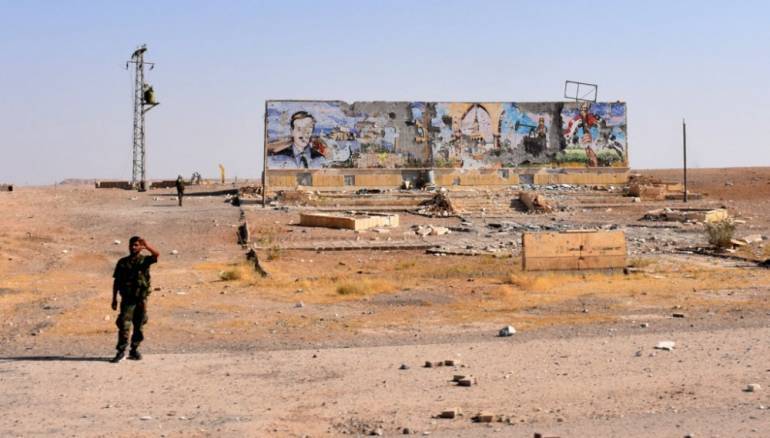 At least eight pro-regime Shiite militants were killed by the Islamic State (ISIS) near the border town of Albukamal in eastern Deir ez-Zor province, a local news site said Sunday.

The slain militants were operating in Liwa Fatemiyoun and Brigade 47, both militias affiliated to the Iraniain Revolutionary Guards, Jorf News reported.

According to Chatham House, Iran has not gained popular support due to the bad reputation of the sectarian militias in Syria, as Sunni civilians in the eastern Euphrates are connected with the Iraqi Sunnis in Anbar, who rejected the Iranian Shia presence. Therefore, Iran’s continued presence and its possible expansion in the countryside of Deir ez-Zor is not a result of Iranian political and military power, but rather an absence of a rival in this region, as well as the absence of international will to remove Iran from Deir ez-Zor.

The last few months have witnessed protests against the Iranian presence in Deir ez-Zor.