As Russia and the regime move to secure the border, the Syrian Democratic Forces have announced their willingness to discuss joining the regime's ranks reports Enab Baladi. 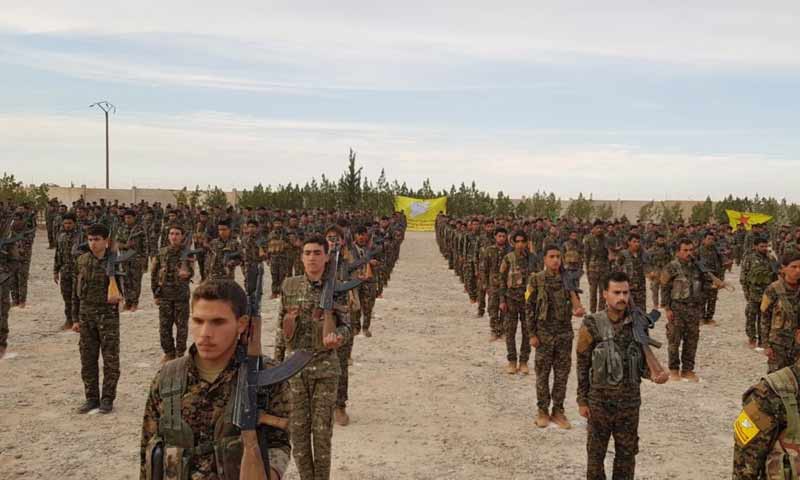 The Russian RIA Novosti news agency quoted a spokesman for the SDF, Mustafa Bali, as saying on Thursday, that his forces were ready, “to discuss joining the Syrian army after reaching a political solution for the Syrian crisis.”

Bali added that: “We believe that there is a need for a political solution in which the Syrian people and all its members can reconcile with one another. Then the Syrian Democratic Forces are open to whatever decisions are made, regardless of the names to be put forward to join the Syrian Army or the Fifth Brigade.”

He added: “All parties should understand that this is a political crisis that needs a solution through political means.”

The Kurdish official spoke after discussions held by the SDF General Commander, Mazloum Abadi (Mazloum Kobani), with the Russian Defense Minister, Sergey Shoygu, for the first time, via satellite link, in order to implement the agreement. The two sides discussed the Kurdish side’s implementation of the steps stipulated in the memorandum of understanding between Russia and Turkey.

Shoygu informed Abadi that the Russian military police units which would be deployed on the Syrian border with Turkey would ensure the safety of Kurdish civilians there, and so there was no need for them to leave this area.

Before this agreement, against the backdrop of the Turkish military operation in the areas east of the Euphrates, the Syrian regime over the last two weeks agreed with the SDF for regime forces to enter east of the Euphrates for the first time since 2012, as part of bilateral cooperation to confront Turkish forces, according to the declared position of both sides.

Before that, the SDF had invited the Syrian regime to dialogue while rejecting the option of joining its military forces. The regime considers these forces “separatist” and blames them for the American and Turkish intervention in northeast Syria which we’re outside their control.