The US has been accused of transporting Islamic State fighters and their families into Iraq as they withdraw from Syria writes SANA. 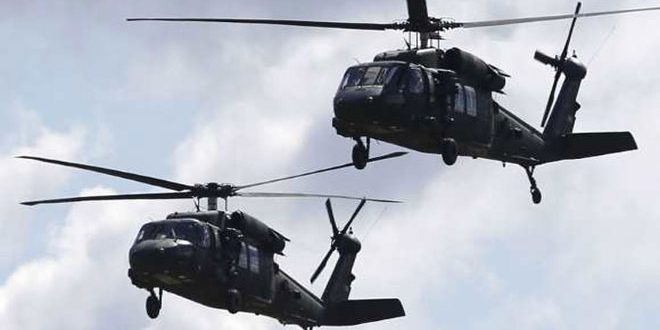 As part of the framework of investing in terrorism, US troops have been working to transport to Iraq hundreds of Islamic State (ISIS) fighters, who they detain in al-Jazeera region, after gathering them at the illegitimate US bases.

Media and local sources said that the US occupation forces have transported dozens of ISIS detainees from al-Hol Camp, east of Hassakeh city, in parallel with intensive overflights of helicopters over the camp.

They added that this came less than 24 hours after transporting 230 foreign terrorists from al-Malkiya prison to al-Shadadi prison in Hassakeh’s southern countryside.

After forming the so-called “International Coalition” in August 2014 under the pretext of fighting ISIS, today Washington through its occupational forces single-handedly decides the fate of ISIS terrorists, which it arrests to reuse and invest them in attacking states in order to implement its agendas and achieve its interests, and to blur any evidence of its involvement in a secret alliance with the terrorist organization.

It is worth noting that, the US occupation troops have been overtly transporting ISIS terrorists using helicopters at night to save them from the Syrian Arab Army, without any embarrassment.

Despite the continued denial of the US to any relation between it and ISIS, tens of facts have exposed the close relation between the US, with its military and intelligence services, and ISIS.  It has used this terrorist organization to achieve its agendas in the region and to impose new facts on the ground that would serve these agendas.

Washington has directly supplied ISIS with US weapons and ammunition, in addition to buying the oil stolen by ISIS from Syrian oilfields through brokers including Erdogan’s son and members of his family, with the aim of supporting this terrorist organization, in addition to facilitating the passage of foreign fighters through the borders into the Syrian territories to make up for the shortage in the ranks of ISIS due to the losses inflicted on the terrorist organization during the operations of the Syrian Army in different areas, particularly in Deir ez-Zor and the countryside of Homs, Aleppo, Raqqa and Hama.