Russia has said that a nearby quarry is being used as a launching site for drones that have been used to attack the Hemeimeem airbase reports Zaman Al Wasl. 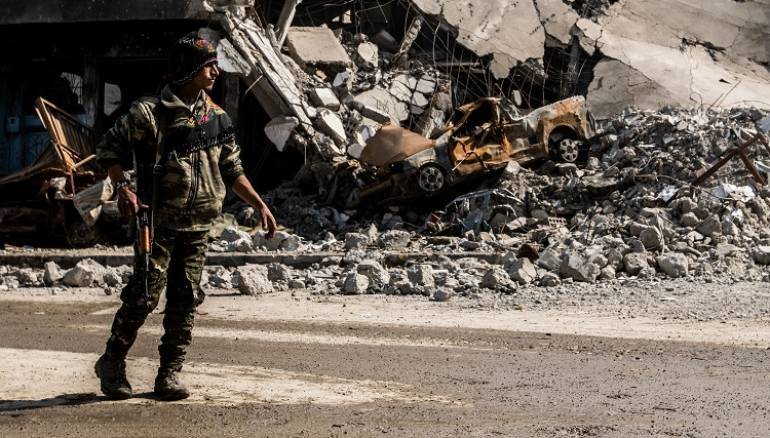 Russian forces based in the coastal region said they had identified the launch site for the drones that attacked the Hemeimeem airbase.

A special source told Zaman al-Wasl that a Russian force and a group of regime intelligence officials raided a location near the Hemeimeem airport and arrested the personnel working in a quarry and took them to airbase.

“When they were interrogated, the Russians learned that the quarry belonged to M. General Zul Himma Shalish, cousin of Bashar al-Assad and former bodyguard.

In September, the Russian army stated so far this year that it has downed nearly 60 drones deployed by rebels in Syria against its Hemeimeem airbase, west of a bastion controlled by rebels and jihadists.

The rebels are consistently improving their technology, according to the general, who claims rebel and jihadist drones can now reach targets 250 kilometres away and fly at an altitude of four kilometres, making them more difficult to detect, according to AFP.

The quarry workers said that a group of people sometimes came with two or three covered cars. They are ordered to leave the quarry, but prevented from approaching by armed elements in civilian clothes keeping guard. They then leave before the return of workers.”

The workers also explained that they could not enter the quarry or work, except with the permission of the owner. Russian investigators found that the aforementioned cars were indeed in the quarry on the dates Russian defenses countered the drones attacking the airport.

“After interrogating the quarry workers, the Hemeimeem base asked regime forces to bring Shalish in through the regime’s intelligence services, which later reported that the man went into hiding, and they were unable to arrest him,” the source said.

At Hemeimeem, Russia uses Pantsir S1 and Tor-M2 air defence systems to intercept drones, along with state-of-the-art S-400 batteries. Older S-300 models are stationed at its naval base in Tartous, further south.

The source said that the Russians might have known that Shalish is linked to what is happening and that he works for a foreign entity in Syria, in a hint to Iran, pointing out that there is a high probability that he had left for Tehran in an Iranian private plane or that he is hidden somewhere in the area.